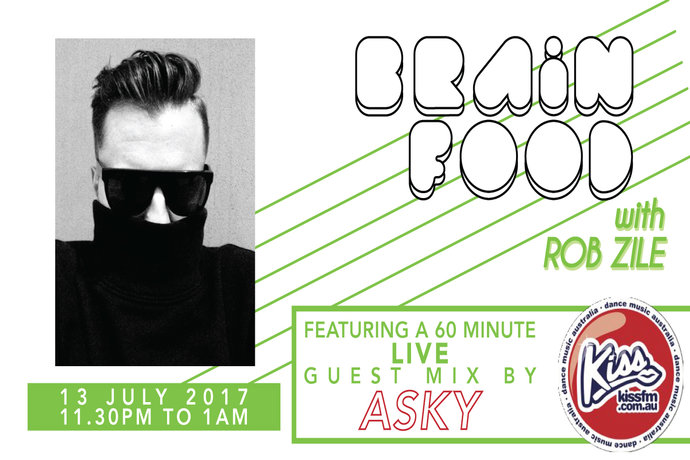 Co-founder and resident of EarlyLate (ex Futuristik Soul), Asky has been playing around with turntables since 2008 with his first loves being speed garage, breakbeat and dubstep. He then discovered glitch and got offered a slot on glitch.fm by Great Scott. Finally, it’s back to basics circa 2010 with the discovery of the burgeoning UK bass scene that he focuses on house & techno.

His mixes contain anything ranging from Ghetto & Jackin house, through techno to Acid house, and are full of the new beats he takes care of regularly unearthing.

Currently living in Melbourne, he has been busy producing his own sound which  caught some well respected label’s attention such as Booty Call Rec, Badlqqk and My Techno Weight A Ton…

Check out Asky’s music below then listen to Brain Food this Thursday night for his 60 minute LIVE guest mix!