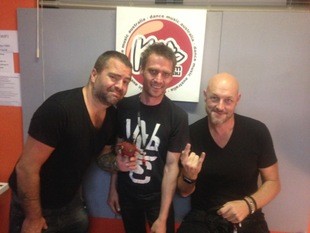 Its deep, its dark, its dirty, its Black Label Underground.

If there was ever a constant on the Australian underground music scene the name Syme Tollens would arguably be one most spoken. With 27 years in a career which has seen him accrue an impressive resume, Syme has held residency with the most infamous Melbourne underground Clubs such as… Q Bar, Metro, Chevron, Palace, 161, Lounge and Abode. Teaming up with Australia’s leading underground event producer BluAfterGlow 12 years ago, Syme continues to be the primary resident for all their main productions such as the infamous Black Label, SINthetic, N Tice, BLU, Secret Room and the New Years Eve parties including the Seven Deadly Sins and Rooms Of The Mansion series . All this adds to his already busy schedule of his weekly radio shows on Melbourne “KissFM” and running his DJ school which has seen well over 600 students successfully qualify with many now working in the Club scene. Taking pride on his belt are accomplishments as runner up in both the 2009 & 2010 prestigious “Pro Pioneer DJ Search” comp and subsequently the Championship in round 2 of the 2012 “TheSearchIsOn” Dj competition (Link: https://vimeo.com/46004681) earning him a promotional tour to Ibiza, signing a contract with Entertainment Embassy and being invited to play the 2013 summer season at “Mijorn” (Ibiza).