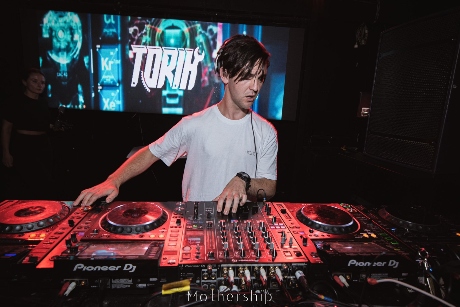 TORIK on Opendeck with Veezee this Thursday 9.30pm on KissFm

Scott Bogaers AKA TORIK is 24 year old that grew up in the Swan Valley about an hour out of Perth on a rural 5 acre property.

As a kid he learnt guitar and loved it playing in a folk band when he was in high school which he loved and dreamt of doing things in music but lost confidence in himself and gave up on those dreams.

His brother first brought him the exposure to electronic by way of Ministry of Sound CD’s and when of age he started going out  by himself in the amazing Perth bass scene which cemented his love for everything bass music.

His influences are many and varied including Australian folk and rock artists like Paul Kelly, Midnight Oil, AC/DC and other oldies like Dire Straits and Pink Floyd, until listening to his brothers Ministry of Sound albums in the early 2010’s my first electronic inspirations were Deadmau5, Laidback Luke, The Presets, Afrojack, Cash & Status and Bloody Beetroots. More recently influences have been guys like Skrillex, RL Grime, What So Not, Shockone, Nosia, The Upbeats Mr Carmack, Hucci, Eprom, Alison Wonderland, Tchami, Malaa, Gentlemen’s Club, Zomboy, Zeke Beats, ODESZA, TroyBoi and most of all you guys Slumberjack

He loves playing acoustic guitar and wants to stand out from the crowd by having the intros of his music like the old classics of Paul Kelly, Midnight Oil and Pink Floyd to build that Australian outback feel then to build up into a big high energetic drop with lots of mechanic sounds to make a soundscape like your inside one of the giant earthmoving machines from his Mechanical trade day job.