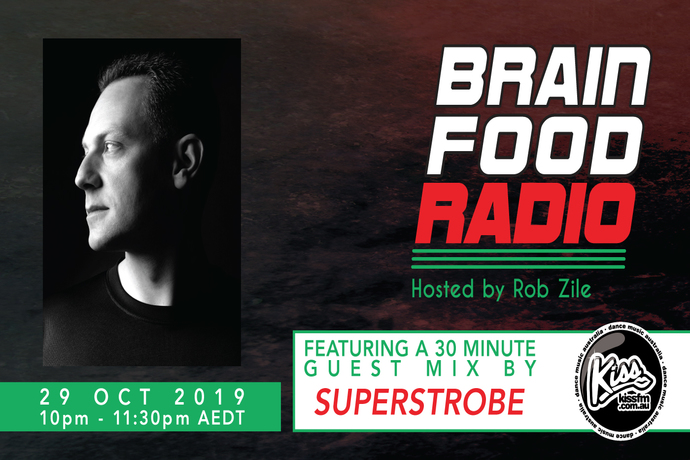 Born in Berlin, Manuel Winkler has become an integral part of the techno scene as Superstrobe, a trained sound designer and music producer, and has been DJing since the early 90s.

Superstrobe was founded as a duo in summer 2007 and has been continued by Manuel as a solo artist, from 2012. In the same year he produced his debut album “REBOOT”, which was presented by the Loveparade founder, Dr. Motte and published on his label Praxxiz. Readers of a popular music magazine nominated him in the categories “best newcomer”, “best producer” and “best album” at an annual poll. Superstrobe’s “REBOOT” was not only to become Thomas Heckmann’s personal Top10 of the year, but also found a place in the Top10 albums of 2012, alongside artists like Extrawelt, Paul and Fritz Kalkbrenner, Gary Beck, The Advent and Boys Noize. Dr. Motte appointed Superstrobe to his first official support act ever. Together they made the album tour. As a bonus Johannes Heil remixed the album track “Angry Chords” which is released on Superstrobe’s “What! EP”.

He founded his first own label IU2U Records in 2014 and celebrated his debut with the release of “Trip to Berlin”. 2018 he switched to his good friend Dominik Vaillant, the founder of “Analogue Audio”. Productions of names like DJ Rush, Joey Beltram, Sven Wittekind, The Advent and The YellowHeads can be found there.

He owes his big breakthrough to his worldwide open-air and club hit “Our Love” and his remix for Pappenheimer & Felix Bernhard. The “Wet Feather (Superstrobe Remix)” was released on the No. 1 HardTechno label Eclipse Recordings and was at No. 1 in the Beatport charts for 7.5 weeks and for 19 weeks in the Top10.

Drumcode artist Sasha Carassi was so convinced of the Superstrobe sound that he asked Manuel to work, as an artist, under his label Phobiq. His first production for Phobiq was the remix for Thomas Evans album track “Glassy Session”. In July 2018 he rev up with his “Glitch EP”. It has been played by Adam Beyer, Enrico Sangiuliano, Pan-Pot, Frankyeffe, Karotte, Coyu, Alan Fitzpatrick, Spartaque and many other DJs on the biggest Festivals like Tomorrowland, Awakenings, Resistance, Nature One and last but not least on the Drumcode Festival. The Beatport chart entry was for sure.

Check out Superstrobe’s music below then listen to Brain Food Radio at the new time of 10pm to 11:30pm on Tuesday night for his EXCLUSIVE guest mix!