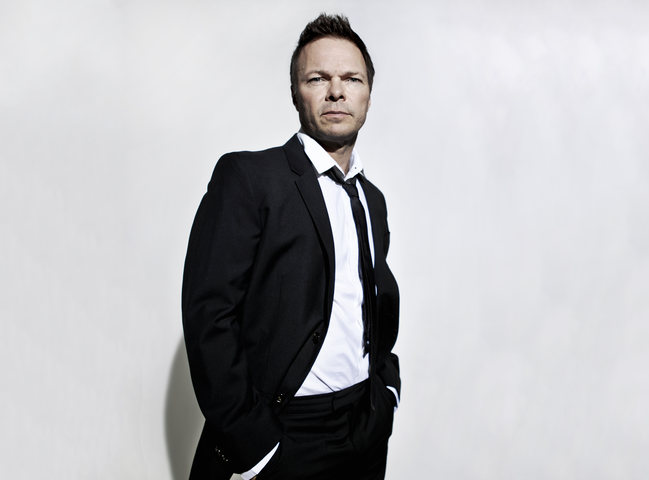 Ahead of next month’s Australian tour of Pete Tong presents Ibiza Classics with The Heritage Orchestra – Pete calls in from Los Angeles to speak with Timmy about the intricacies of touring with a 65 piece orchestra and reworking classic dance tracks so they sound “classical”.

Following the release of the UK number one album ‘Classic House’ as well as a run of sold out shows in the UK, Pete Tong, along with conductor Jules Buckley and a 65-piece Orchestra will hit Australia for the first time this year, armed with their brand new show ‘Pete Tong presents Ibiza Classics performed by The Heritage Orchestra conducted by Jules Buckley’.

Blending and re-working iconic anthems from the past 20 years of house and dance music with a full scale orchestra, ‘Pete Tong presents Ibiza Classics performed by The Heritage Orchestra conducted by Jules Buckley’ is yet another bold, brilliant move from one of the most influential figures in dance music. With modern, live reworking’s of classic club anthems from Daft Punk, Fatboy Slim, Eric Prydz, Robert Miles and more, as well as a hand selected list of guests, Tong’s latest foray into arena shows promises to be a dance party like no other.

The concept for the new show, which came into fruition in 2015 with the launch of BBC Radio 1’s Ibiza Prom at the Royal Albert Hall, is a completely reworked performance for 2017. One part large-scale club show and one part stage performance, ‘Pete Tong presents Ibiza Classics performed by The Heritage Orchestra conducted by Jules Buckley’ is a fresh and welcome change for fans of both classic house and modern dance music.

With its infectious, energetic brand of club music reworked by artistic director Chris Wheeler and The Heritage Orchestra, and the acclaimed conductor Jules Buckley at the helm, Pete Tong’s most recent show has already managed to captured the hearts of millions, with sold out shows around the UK, including the legendary The O2 London.

ABOUT PETE TONG From London’s pirate station Radio Invicta to the voice of Radio 1’s prestigious dance programming, Pete Tong has held a commanding presence over the industry for more than two decades. His unique position has earned him a reputation as the global ambassador of dance music. With an unparalleled ear for new talent, Tong has become the leading tastemaker of the electronic generation. While he’s known publicly as Pete Tong the DJ, behind the scenes, he’s an industry icon.

ABOUT THE HERITAGE ORCHESTRA The Heritage Orchestra is the orchestra that rocks out arenas, messes with other people’s music, and keeps orchestral tradition in the cellar. Since 2004 this renegade ensemble has collaborated with Aphex Twin, Tim Minchin, The National, Ben Folds, Anna Calvi, and regularly performs on the world’s most renowned stages from the Sydney Opera House to the Royal Albert Hall. They are unique in their use of sound, visual, and electronics, and they don’t play classical music; an approach that has defined them one of the most progressive and vibrant large ensembles around.

ABOUT JULES BUCKLEY Jules Buckley has made a name for himself as one of Europe’s most in-demand conductors of hip contemporary orchestral projects. Currently the Chief Conductor of Holland’s renowned Metropole Orkest and the Musical Director of the UK’s Heritage Orchestra, his daring approach to crossing and linking musical genres has brought him widespread acclaim. Buckley’s recent highlights include acclaimed collaborations with Gregory Porter, Tori Amos, Laura Mvula, Goldie, Markus Stockhausen, Michael Kiwanuka and UK house music duo Basement Jaxx and two Latin Grammy nominations.