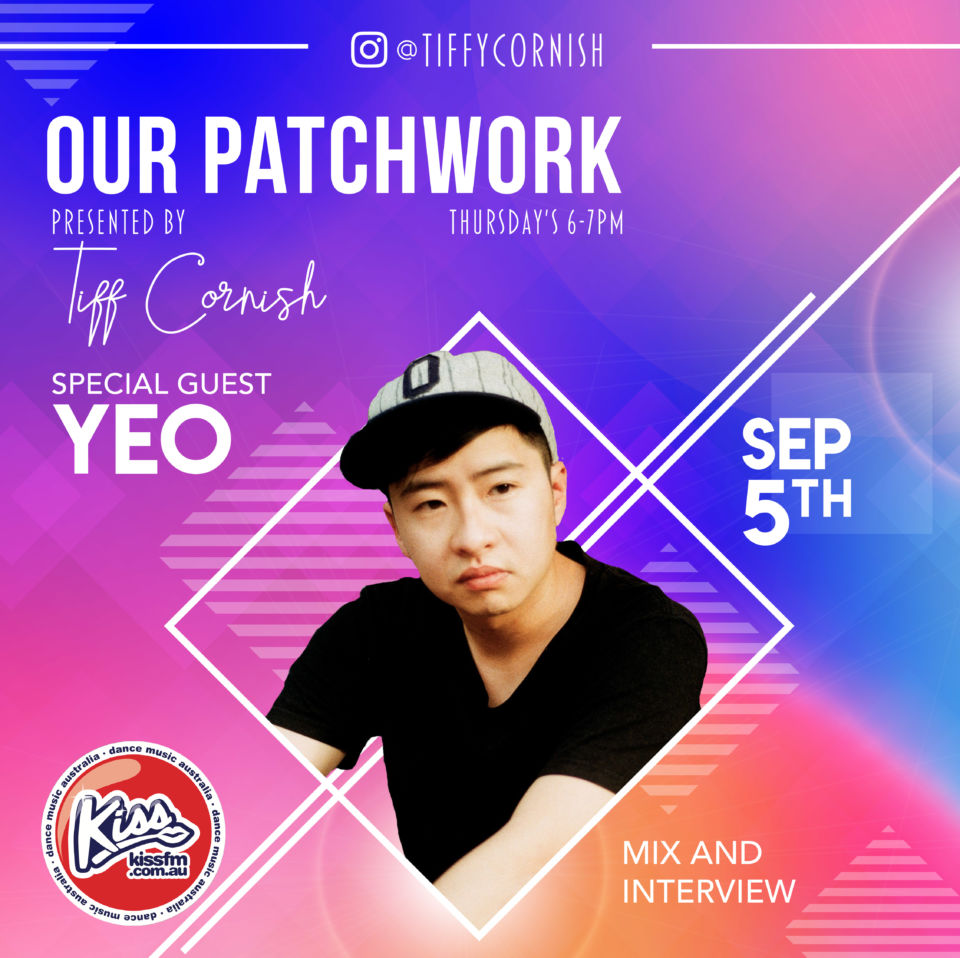 This week on Our Patchwork Tiff is joined by one of Melbourne’s most talented artist – YEO!

“Melbourne-based musical chameleon Yeo is known for bending genres, continually exploring the dimensions of contemporary R&B, pop and electronic music and has been praised as a multi-instrumentalist, in the studio and on stage, alternating between keys, bass and key tar.

In 2017 Yeo’s full-length album Desire Path which receivedFeature Album on 3RRR,PBS and Radio Adelaide and single ‘Never Wanted That’ with Asta surpassing 1.1M Spotify streams. 2016 saw the release of the break through album Ganbaru with notable singles‘Quiet Achiever’ surpassing 1.6M Spotify streams and ‘Icarus’ enjoying 6 months of rotation on triple j, leading to his infamous key tar solo in triple jLike A Version. Alongside the studio releases and solo project, Yeo has held many roles including music director and band member to Emma Louise and band member for Mojo Juju; as well as producing and co-writing Asta’s EP Shine and co-producing Charlie Lim’s EP CHECK-HOOK. Yeo has toured nationally selling out Howler and Newtown Social Club and performed internationally in Ecuador, atIceland Airwaves, Mosaic Music Festival(Singapore)and has supported the likes ofHÆLOS(UK),Girrafage (US)Kimbra(NZ)andHarts.