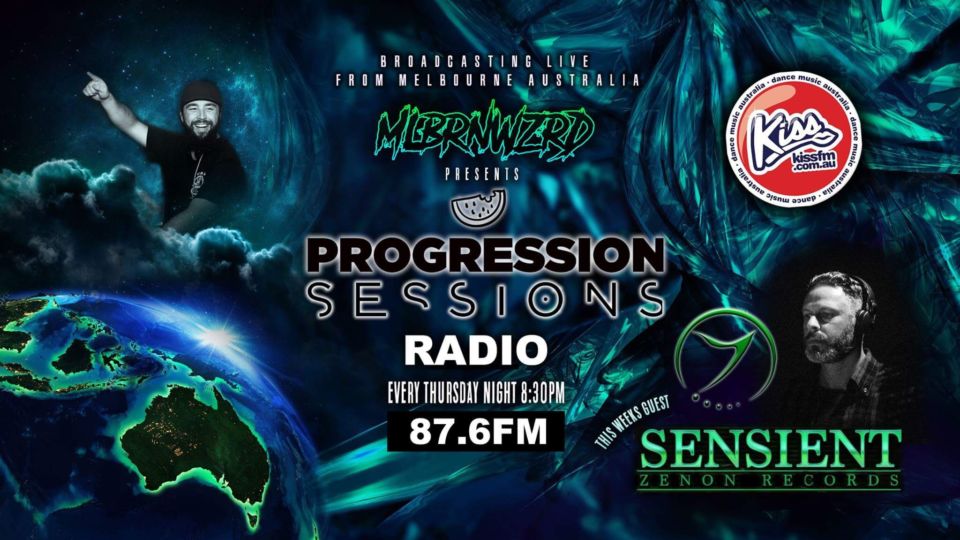 This Thursday PROGRESSION SESSIONS RADIO is back with show #006 featuring special guest SENSIENT (ZENON RECORDS) kicking off from 8:30pm on KISSFM with your host Lunar.

Sensient is a well respected producer from Australia and also the head of Zenon Records, one of the biggest record labels to come from Australia. Playing around Australia and even around the world, he takes you on a journey through his strong sounds that are unique and like no other. MAKE SURE TO TUNE IN TO HEAR HIM LIVE!!

Zenon Records was founded in 2003 by Sensient. The Zenon sound can be described as “deep and intelligent minimal/electronica with strong lashings of musicality and futuristic sound design”. The sound is distinct and has infiltrated the electronic dance music scene worldwide, with our artists representing on some of the biggest stages in the world. With its massive roster of talented artists and Djs from around the world, the Zenon collective will continue to grow and inspire each other to take it to the next level.

This week Lunar will be away on tour but do not fear we have the incredible MelbrnWzrd taking the reigns to host the show for the night. Featured on the show will be information about our upcoming night at Railway Hotel Progression Sessions presents SENSIENT (Zenon Records) supported by an eclectic local line up.