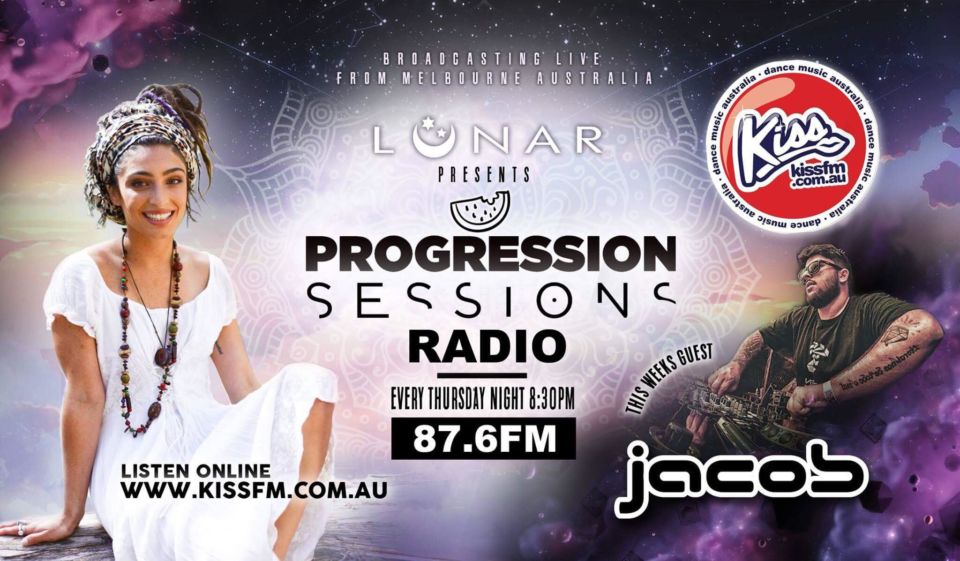 This Thursday on Progression Sessions Radio, Lunar meets up with Brazilian producer Felipè Jacob to talk about his project Jacob.

Felipe Jacob is the name behind the psytrance project Jacob. Born in São Paulo, he began his musical career in 2009 when he was influenced by names such as Shpongle, G.M.S, Astrix, Infected Mushroom and Neelix. In 2011, he graduated in music production from Anhembi State University. Little time passed and Jacob consolidated himself as one of the biggest names in progressive psy in Brazil. In mid-2014 Jacob was asked to join one of the world’s largest PsyTrance record labels, SpinTwist Records! With a line of sounds that varies around various styles of progressive, Jacob retains the originality of his mesmerising, groove-like and dancing sound. It is a reference in quality and musical production, leaving its energy as a trademark in the national and international electronic scene.

We’ll be giving to 1 lucky winner a FREE double pass to this weeks Esoteric Launch Party at Dimension all you need to do is share our live stream, tag 3 friends and state who you’re excited to see at Esoteric Festival 2018, remember you’ve got to be in it to win it!
Live Stream ——>