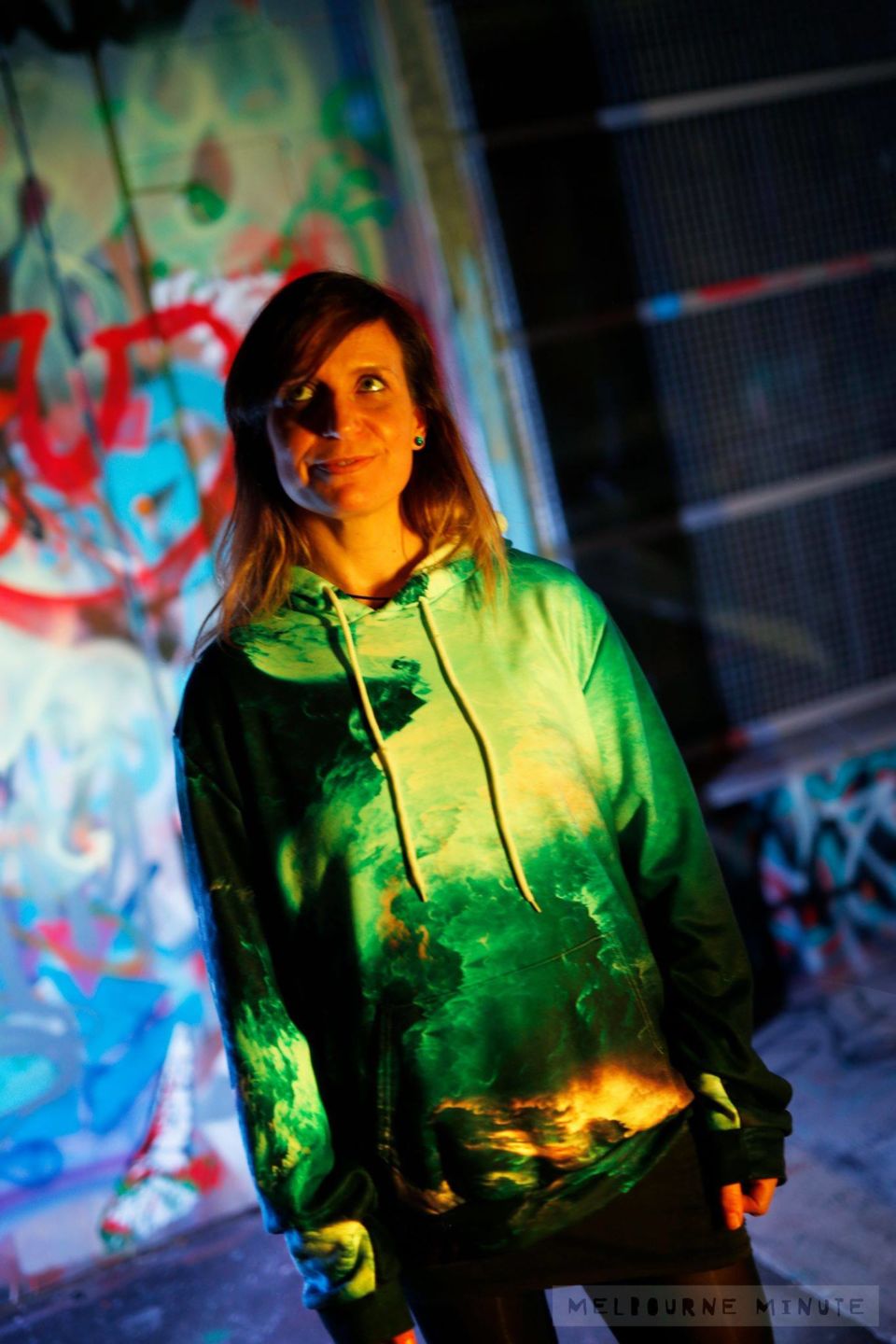 Lucifía (Ange Barnett) is a long time techno lover and advocate of electronic music. Her stage name is in reference to Lucifer the fallen angel, a play on her actual name and indicative of her dark sound. Delving into the Melbourne scene in the late 90s, her passion for hard beats was first unleashed bars and small warehouse parties, such as Super Nature at Melbourne’s Public Office.

Soon after beginning mixing Lucifía took herself to Europe to further feed her techno appetite. After traveling for sometime she eventually found the sound that she was looking for in the free outdoor parties surrounding Barcelona. It was in Spain that she found other pure techno enthusiasts of techno and decided to stay. Not speaking a word of Spanish or Catalan, Lucifía communicated through music and began to incorporate other genres such as hard-tech, acid techno, minimal and dirty electro into her pallet. She joined the Combustion collective and together they set up free parties in the abandoned castles, warehouses and forest areas.

Over the next five years Lucifía unleashed her driving beats at the parties throughout Catalonia, including the infamous Tasmaniac rave parties. When Lucifía finally returned to Melbourne she pursued her other passion in animation and motion graphics. Over the past ten years she has made a name for herself as VJ Pixel Angel, performing for Play Native, Instinct, Modular, Circular, Silhouette, Motor Soul, Lucha Fantastica, Rainbow Serpent Festival, The Enchanted Garden, Bandits of Bablyon, Gertrude Street Projection Festival and the Art-e Festival in Barcelona.

However her love for DJing and techno never wavered and she continued to buy vinyl and play at any opportunity. Now a part of Vinyl Vixens crew Lucifía is planning her resurrection into the techno scene. Her in depth knowledge and deep passion drive her dark groves and raw techno beats.