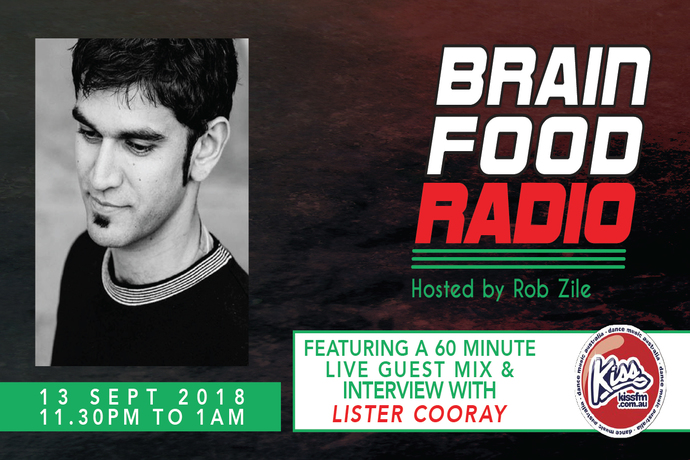 When it comes to earning your stripes, Lister Cooray is no exception to the rule.

In his teenage years, the norm amongst some of his peers was to listen to mainstream music, but Lister never felt that connection.  Instead, his passion for unique and diverse sounds led to a love of soul enriching electronic dance music, and an education on how to create and share this love with others through Djing.  This journey has taken him from gigs at intimate city bars to large-scale international club events & festivals in Australia.

Lister took the plunge and dove head first into the combined world of music and business.  Opting to run his own club events, selecting the best local DJ’s to play, and networking with respected industry figures helped boost his own DJ profile, playing at underground events across the city, notably Sunny, Darkbeat, Private Function, and Renaissance.  As music evolved and genres fused over time, so did Lister’s DJ sets.  He found a new love for deeper sounding House & Techno which culminated in a number of bookings to warm up for a diverse list of artists including John Digweed (UK), Stacey Pullen (USA), Audiofly (SPA), DJ T (GER), Henry Saiz (SPA), Kevin Griffiths (UK), Hernan Cattaneo (ARG) Andre Lodemann (GER), Guy J (ISR), and countless other world class artists.  Having built up a solid range of music and influences over time, Lister’s sets can now vary from Electronica/House at intimate club events to peak time festival sounds.  His ability to adapt to different environments whilst maintaining his own personal integrity is key to his consistent quality bookings in a niche Australian market.  Lister’s steady progression has led him to feature at the Rainbow Serpent three times, whilst also holding residencies with Balance, Darkbeat, Lo-Fi-45 & ebb&flo.

As well as honing his love for DJing, the original plunge into the business side of music ignited Lister’s passion for Event Management.  Managing “Fluidlife” with business partner John Sharp, saw his career jump to new levels featuring acts such as: Kevin Griffiths (UK), Silicone Soul (UK), Ian Pooley (GER), Dave Seaman (UK), Thomas Schumacher (GER) (voted for inthemix club night of the year).  Fluidlife connected with Tom Pandzic, founder of ‘Balance Music’ to co-host international club shows.  This partnership proved to be a success; leading to Lister’s further involvement in Balance Music, and ultimately playing a more pivotal role in Balance Music events in Melbourne.  As a result, Lister will always consider Tom Pandzic both a mentor and a massive inspiration to his development in the industry.

In only their second year, Fluidlife managed to work with leading electronic brands Circoloco, Global Underground, Renaissance, Tsuba and Rework to name just a few.  The Fluidlife philosophy of Disco to Techno allowed their concept to attract and develop a broad spectrum of music & DJ’s, giving clubbers a unique experience each time they walked in.  In 2013, John Sharp tragically passed away and the Fluidlife brand ultimately came to a halt, but it’s legacy will always live on through the lives of so many it touched.  On the production side, Lister’ upcoming releases are imminent via Lister’s exciting new project – ‘Lo-Fi-45’ – with Kasey Taylor, head honcho of Vapour Recordings. Launched in August 2015, Lo-Fi-45 push cutting edge electronic music from untapped Australian artists and quality international acts. It’s also an opportunity for Lister and Kasey to showcase their own productions and remixes.  To remember the passing of John Sharp, Lo-Fi-45 dedicated their first EP ‘Departime/Fluidlife’ to the Fluidlife boss, featuring international remixes from Kevin Griffiths, Vincenzo, and Florian Kruse; a special way for Lo-Fi-45 to showcase their label and also remember someone very special to both Lister & Kasey.  Lister’s foreseeable future is focused both on the new label whilst Djing at leading Australian and international club events, most often with Lo-Fi-45 partner in crime, Kasey Taylor.  The duo are heading back to Europe & New Caledonia later in 2016.  With a roster of local bookings and international gigs in-between, you can be sure Lister and the Lo-Fi-45 crew as a whole will not only feature heavily in the global music scene, but will also inspire and encourage many Australian artists to take the journey they always dreamed of.

Check out Lister Cooray’s music below then listen to Brain Food Radio this Thursday night for his 60 minute LIVE guest mix!