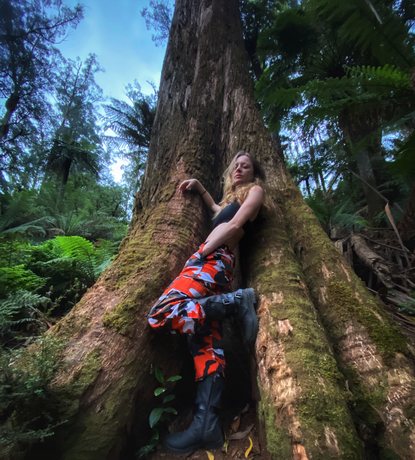 Growing up in the Australian doof scene; dancefloors and 4/4 music  were the norm for Lask. When she attended Rainbow serpent festival for the first time at 14 she knew that electronic music was her calling. She found herself immediately drawn to synthesis. Spending hours a day learning how to program oscillators and effects on her dads microkorg. Releasing 2 EPs and featuring on three compilations she has since taken a hiatus on releasing music to focus on the next phase of her creative direction in which she is focused dominantly on playing her own productions. Now based in Berlin, we will catch up with Lask during her lockdown-extended stay in Melbourne about all her current projects, and have a listen to a stack of her latest productions.