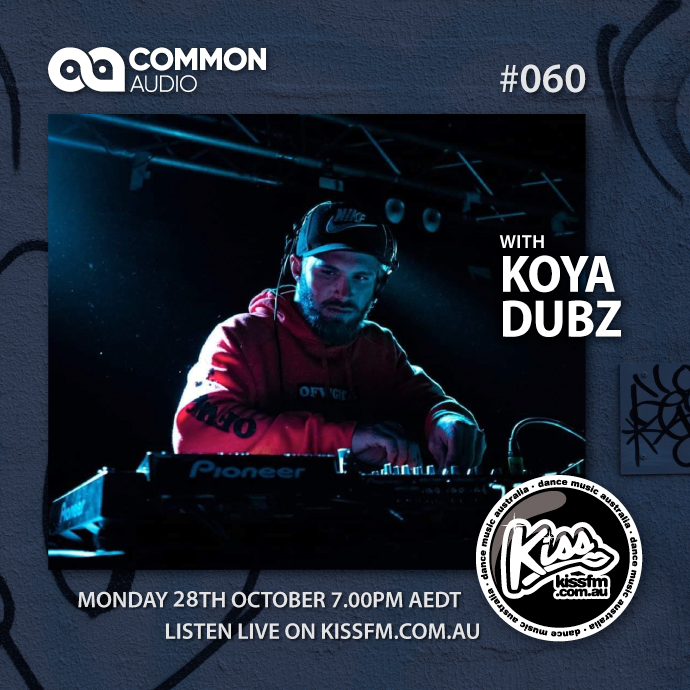 Common Audio are pleased to welcome Brisbane legend KOYA DUBZ to the show for a guest mix, this Monday 28th October at 7.00pm AEDT on KISS FM.

Koya Dubz is a 24 year old Sunshine Coast/Brisbane based dubstep producer and selector making his way through the scene. His tight selections have landed him some large support slots including with international touring DJs. Between heavy distortion and large percussion Koya Dubz has the goal to impress anyone that hears him play.

Don’t miss the guest mix along with new and exclusive grime, dubstep and bass from the Common Audio gang, this Monday 28th October at 7.00pm AEDT.