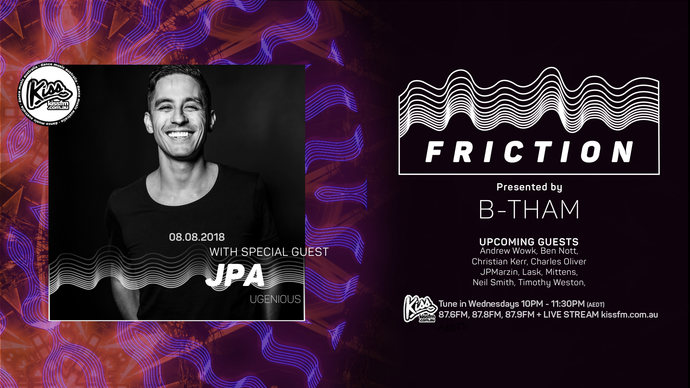 FRICTION welcomes JPA , signed to Ugenious and on fire after his most recent release Visions Of You. JP comes to the studio for a chat and guestmix

Known for his beaming smile and inclusive nature, JPA is a producer & DJ who takes genuine interest in all those around him. It’s a language with JPA. Either in conversation or across a dancefloor, he is an artist who understands the fundamentals of connection. Connection through his words, his energy and his music.

A Mauritian-born Australian, JPA cut his teeth as a DJ, rising to become one of the most prominent in the Australian scene. Whilst he has gained a strong following wherever he played, his passion lay in original music and today sees him recognised one of the most exciting production talents to come from this side of the globe.

In 2014, JPA joined Chameleon Recordings and quickly rose to become one of their featured artists. He has toured with Chameleon across Australia and offshore in Amsterdam for the annual Amsterdam Dance Event Showcase.

Whilst JPA has had successful releases through Bush, Ugenius Music and Chameleon Recordings, he has been hard at it in the studio and is set to unveil a further catalogue of tracks in the coming months. He has refined his sound, a perfect blend of techno and soul, that he alchemises with any crowd who come to his shows. Whilst his tracks have sparked interest from some of the biggest hitters on the global scene, he has also been played at parties by Hot Since 82 and featured on Nic Fanciulli’s Radio Show.

There is no doubt JPA is a name that is rising on the global stage. With the release of new tracks, tracks he feels will be breakthrough’s for the JPA brand and a busy tour schedule, JPA is an artist who stimulates the vibe in all those around him.

Check out last weeks episode below to keep you grooving until this Wed at 10pm, and remember to keep tuning into Friction every week as we welcome the following guests up to the Friction waves, including Andrew Wowk, Ben Nott, Charles Oliver, Christian Kerr, JPMarzin, Lask, Mittens, Neil Smith, Timothy Weston. 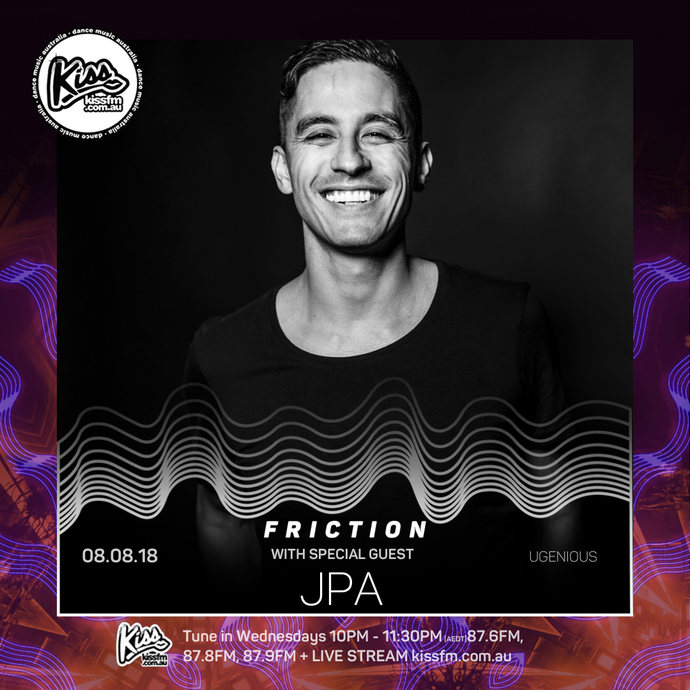