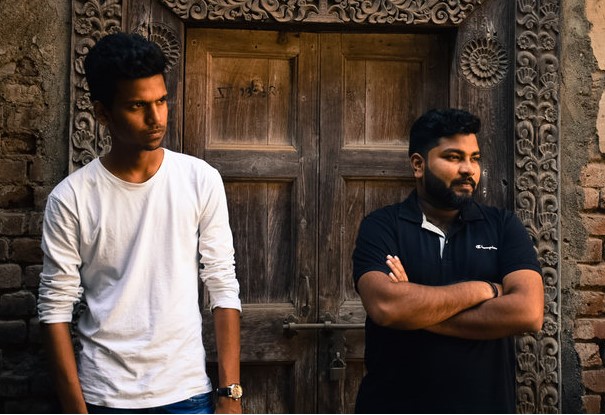 Infected Brothers is an Indian EDM production duo from Mumbai, India. The duo consists of Roy Ajikumar and Rahul Lanjewar. They were formerly known as MixMobs in 2015 formed by Roy and Neil Satam.

Both Roy and Neil, initially started DJing playing the sounds of Bollywood. In April 2015 they switched to composing and music production . The first year did not go well though as they were “the new lads” with no track record.

In 2016 , they met Rahul Lanjewar, another lad with the same flair and interest. With the exit of Neil Satam in 2016, MixMobs was then reformed as Infected Brothers with Roy and Rahul. The lads went on to release their first remix “Love Yourself” by Justin Bieber in April 2016. The remix caught the attention of EDM artistes and gained them the #1 spot on various EDM platforms such as ReverbNation (4 consecutive weeks, Mumbai), & Hearthis.at (under Chill out section). With another release “Get Ready” by Boostedkids and Blasterjaxx in June 2016, Infected Brothers topped the charts on ReverbNation.

In September 2016, Infected Brothers joined hands with Medrock India, a well known event management company in Mumbai. The duo played their first official gig for Hard Candies under MedRock event TOS (The Other Side) 2016 making it a huge success. They played with Asztrack (another well known DJ) in October 2016 at Anncensored.

The year 2017 saw releases such as “Can’t Fight It” by Cheatcodes And Quintino, “Something Just Like This” by Chainsmokers & Coldplay, “The One” by Chainsmokers  . Infected Brothers received great responses from Cheatcodes, DJsFromMars, Twiig, Thimlife & Timmy Trumpet.

In July 2017, they cracked their first record deal with their debut track “Namaste”. Green Blue Records signed them for their ethnic vibes on the track. “Namaste” was released on Aug 4 on all the leading Digital Music Stores. Later they collaborated with Bass Switch to remix Zedd’s banger with Alessia Cara “Stay” which received support from DJsFromMars. Bringing the roots back they made a mashup pack named “Toxicated” which was filled with energetic commercial tracks mixed with electro and Psychedelic Music. After a tremendous response on the preview of their bootleg of “Quit” by Cashmere Cat and Ariana Grande,they collaborated with Xytor to complete the remix which when released was supported by ANG.

On 25th December 2017, the duo released their new single “Don’t Wanna Be Found” ft. Andrea D’Mello as a free download for the love and appreciation in the year 2017. They played their first gig of the year 2018 at “Matahaari” (one of the top clubs in Mumbai)