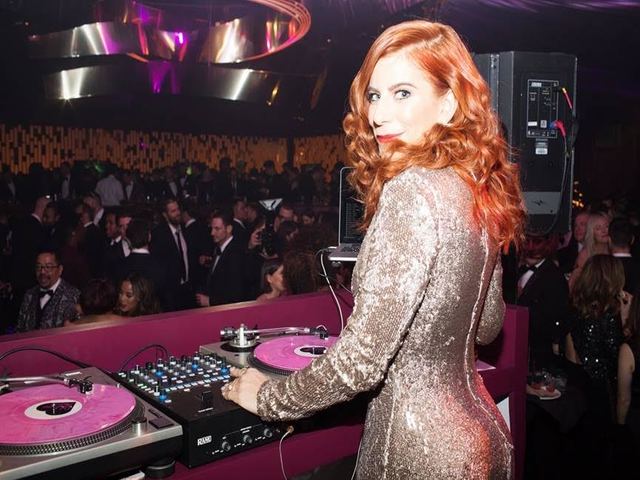 DJ MICHELLE PESCE grew up in Youngstown, Ohio with a deep love for 80s & 90s hip-hop and pop. During her burgeoning career in personal publicity at the entertainment PR firm Wolf-Kasteler, she worked with some of the top actors and musicians in the world. Pesce attended Woodstock ’99 and was moved by the energy created when you mix some of the world’s best musicians and 200,000 fans.  It was over that 3-day experience that she was inspired to start DJ’ing and soon after bought a set of Technics turntables to teach herself the craft. A year later she was introduced to DJ Spinderella (Salt-n-Pepa) who served as a mentor and helped launch her into the LA hip-hop scene. In 2004, Pesce made the tough decision to leave her reputable publicity career and focus on DJ’ing full time.

From playing old-school hip hop party jams to rocking A-list crowds at events for the Academy Awards, Golden Globes and multiple film festivals, she is one of the most in-demand DJ’s in the country. Her career continues to grow as she routinely performs in Mexico, France, Spain, Canada, Kenya and is a staple in the Hollywood Event Scene. She is also the only DJ to ever spin 6x at music’s biggest night – the Recording Academy’s Official Grammy After-Party.  Pesce’s presence in Hollywood even landed her a gig playing herself on “Entourage” and performing live on the #1 national morning show, “Good Morning America” multiple times.