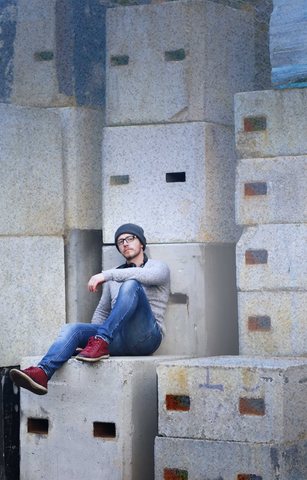 Elton Smith is a DJ and producer raised in Melbourne, Australia.  Over a career of 10 years his influences have varied from house, trance, progressive House and Nu Disco.

Known for his DJ sets that are seamless, entertaining, fun and crowd pleasing , Elton has DJ’ed around the world in London (Turnmills, Open Bar), Thailand (Full Moon Party, Koh Pagnang), Room 680 and La Di Da to name a few in his native city, Melbourne.  Influenced by house and deep house, but not restricted to these genres, he has a flexibility to slow the down or fasten the pace depending on the crowd and mood.

Elton had also seen continued success on the production front, having been signed to labels such as The Wingate Group, 405 Blue, Suffused and  Symphonic where he released his first Album “Waiting Around Here” in 2016 to critical acclaim. It included collaborations with Cail Baroni (X Factor/The Voice), Rebekah Withakay (a former member of the funk/rock band Lucys Brown Seville) and Adrian Butinar (Euphonic/Premier/405 Recordings/Suffused/405 Blue).

More recently he has seen chart success with Alexis Kolbin for “German Girl” which charted at no 86 on the Breaks Top 100 Beatport tracks. A new Collaboration with Chris Odd from the Netherlands called “Feel” has been signed to Toco Asia Ltd and released by Universal Music CZ on their compilation album, Taneční lira 192.

Look out for more exciting music to come as Elton’s remix of “A little Bit Wild” by Andy Craig has been doing the rounds in Ibiza in the 2017.  Elton has also teamed up with Cramp (Anjuna/Armada) to release new music very soon.