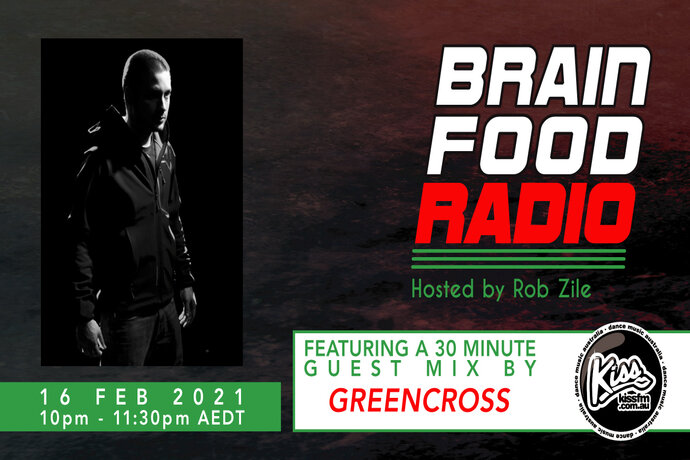 Greencross is a music producer, DJ, and record label owner. He has been performing, creating and releasing music since 2003, besides owning one record label since 2010 and running other four since 2016.

As a DJ he has performed all over Brazil, and Europe: from massive events as Virada Cultural in São Paulo, raves deep in the amazonian jungle to underground parties in Barcelona and festivals like ADE in Amsterdam. He has received national and international press, been interviewed in multiple magazines, blogs, radio and television. He’s performed alongside electronic music’s biggest DJ’s and producers.

Greencross currently runs five labels, one of which was founded by him in 2010: Different Is Different Records. He produces music for his own label and others as well, creating almost every music style under different artist names, while mainly focusing on underground techno. Laurent Garnier, Ben Sims, Groove Armada, Joel Mull, Adam Beyer, Developer, Technasia, Michel De Hey, are only a few of the long list of international DJs who have supported Greencross’ tracks. Legendary labels like Primate UK, Primevil UK, Advanced Records UK, Driving Forces and may others have released his music on vinyl and digital format. He curates a regular podcast online and is periodically supplying mixes for other shows as well. He even has organised successful events in countries where he doesn’t even speak the local language.

Greencross also founded Advanced Label Management & Aggregation, a record label management service for record label owners and artists in 2016, which aims to be a hub for label managers and labels to connect and work together.

Check out Greencross’ music below then listen to Brain Food Radio on Tuesday night for his EXCLUSIVE guest mix!