FRICTION welcomes SUBANDRIO to the Friction guest honours. Subandrio is one of the worlds best, travelling the international circuit and signed to Sudbeat. This is surely the episode of the year that you do no want to miss out on. Plus Subandrio comes to Melbourne on the 20th of Sept. Check out the Kiss FM event section for full details.

them, the ability to sense the anticipation and vibe of their audience. The trait of

energy and in synergy with their audience. Using decks, samplers, volume

control and what not’s as instruments, and spectrum frequencies as color,

surfer riding the waves of the ocean. It is precisely for this skill that Subandrio

has been praised numerous times.

With touring musicians for parents, an early introduction to the nightlife and its

venues to label as his personal playground, DJ/Producer Subandrio is one who

Subandrio’s exposure to different cultures accredited to being raised in

From building his own Pitch controllable Cassette deck device, to creating

mixes with the help of two sets of boom boxes, a couple of wires and cassette

tapes, to headlining events and gigs in over dozens of countries. Musically his 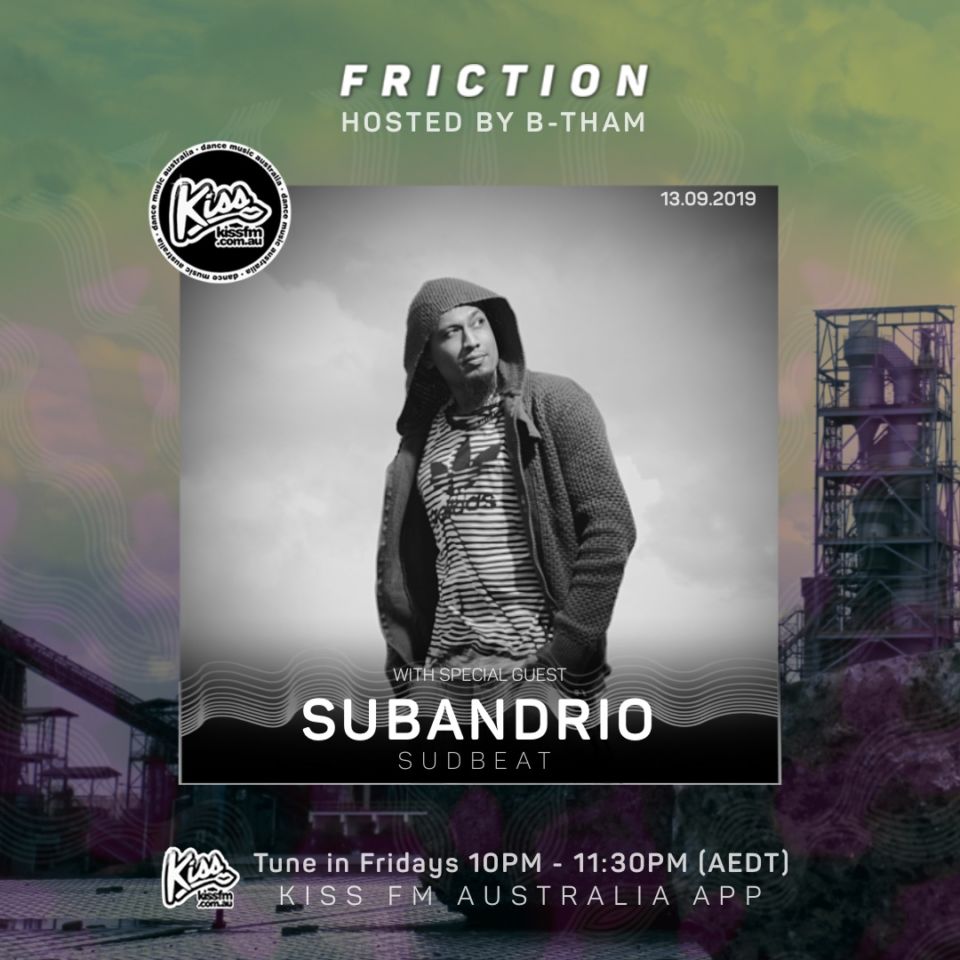