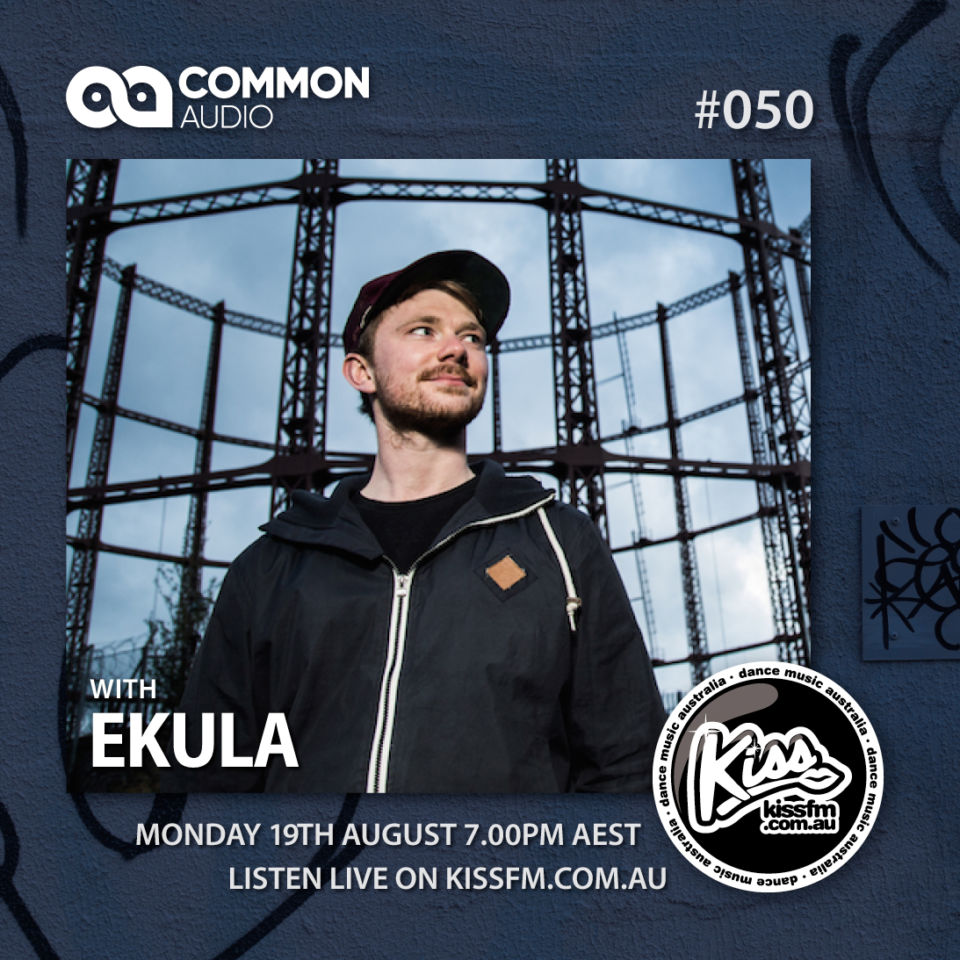 This Monday we’re welcoming Ekula to the show for a guest mix!

One half of the critically acclaimed dubstep duo, Six Sunsets, Ekula is a multi-genre bassweight producer based in South-East London. With a four-year Sub FM residency, a US Tour and performances at Fabriclondon, Outlook Festival and Boomtown under his belt via the Six Sunsets alias, Ekula has recently started pushing solo material – so far releasing under Heavy Traffic Recordings, Pack London, In:Flux Audio and eatmybeat. Ekula’s music has been promoted on platforms such as Mixmag, BBC Radio 1Xtra and a range of Rinse FM shows including Keysound and Swamp81; Ekula’s debut Rinse FM mix for The Marcus Nasty Show aired in March, where he showcased a 40 minutes of own-productions.

Hot off the back of four sets at Boomtown Festival last weekend, we’re keen to hear what Ekula brings to the guest mix!

Lock in live this Monday 19th August only on Kiss FM.

Listen back to the Common Audio Show so far on Mixcloud: www.mixcloud.com/commonaudio