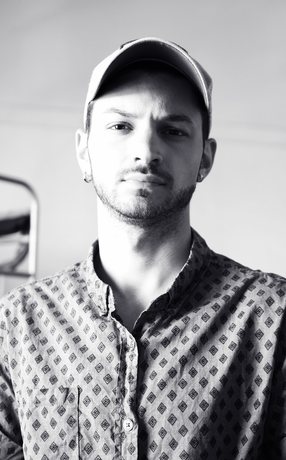 Music has always been at the absolute core of DJ manZoni’s existence. Both his parents and many of his extended family members are musicians, so for him, it’s just part of the family business. As a kid, his curiosity for music was nothing short of a childhood obsession. He played the piano, guitar, clarinet, trombone, he sang in school choir, but nothing seemed to satisfy his musical hunger.

After discovering internet radio, he found himself fascinated with techno music. Day in, day out, he would spend countless hours streaming music just in an attempt to find a new, hardcore techno banger to appease that insatiable hunger. As time progressed, he started to explore indie rock, alternative, classical, jazz, and a handful of other music genres.

Upon his discovery of house music, he often found himself liking tracks that broke the boundaries of what typically defined a house tune. As a result, his sets expand and dissolve these confines, incorporating a multitude of musical genres and sounds. You may hear him playing a house track featuring a jazz classic or maybe hear him sampling new age vocals on top of a techno beat. He believes music is beautiful in all its forms, colours, and textures, and this truth has complete sovereignty of how and what he mixes. Above all, he wants his listeners to enjoy the music and his mixing will leave you feeling utterly exhilarated.