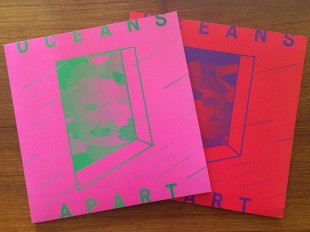 Last week ‘Oceans Apart’ – our 19 track, DJ-mixed snapshot of Melbourne’s underground dance music scene, emerged into the world. Thanks so much to everyone that supported it!

As Dan explains, “A large part of the idea behind the Oceans Apart compilation was a desire to capture this moment in Melbourne’s dance music evolution. And half way through working on the mix, I thought it would it would be great to work on a video documentary that explores the backgrounds, lives and thoughts of some of the unique artists involved, in the hope of painting a broader picture of what Melbourne’s current scene is about. So that led me to ask director Thomas Pollard to follow some of the artists around over a period of months, and this short film is what eventually came back.”
Watch A Cut Copy-Endorsed Documentary On Melbourne Dance Culture