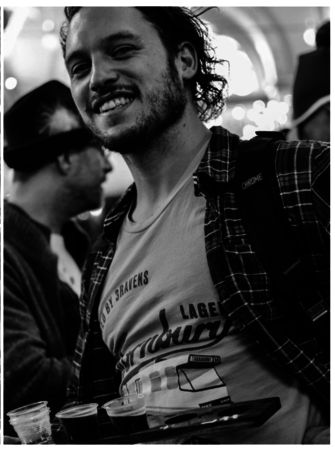 For Adam, DJing is about finding different sounds and creating a cohesive track, creating a dynamic journey for people during his set. He loves to use a wide range of songs with different vibes and sounds, and bring them together. He creates tracks with a variety of mixes that complement each other, to him that’s true magic.

Adam grew up playing alto saxophone in the school concert and stage bands. He listened to artists like The Prodigy, Fatboy Slim, Moby, Korn and Limp Bizkit and then stumbled onto the Ministry of Sound Hard NRG albums. Rap and Hip Hop have also been an influence during his school years.

After turning 18 and joining the club scene, Adam started getting into Hardstyle, Trance and eventually Techno. While promoting for several years at Bass Station in Melbourne, Adam enjoyed watching local acts like Jason Midro, Soul-T, Jewelz, and plenty of international talent.

Adam first played around with Virtual DJ software to get a taste of mixing and had friends who showed him how to mix with CDJs and the basics of beat production with FL Studio. Adam also experimented with a pair of Technics 1200s and got a feel for playing with vinyl. He was guided by an experienced DJ, but never explored it outside of playing at home.

After an extended break because of his travels, Adam began exploring ‘Controllerism’ with Traktor Pro, when he decided it was time to purchase some new hardware. This coincided with the release of Native Instrument’s Kontrol S4 MK3, the first update in 7 years.

Adam is experimenting with mixing energies and sounds that cover Indie Dance, New Disco, Funk, Soul/ Groovin/Jackin’ House, Tech House and Progressive House. He has also been putting out hour-long Soundcloud sets exploring sounds that are influenced by some of his favourite clubs in Melbourne.

Adam has continued to refine his sound and develop his mixing abilities and is always exploring new ways to make his sets more dynamic. His desire to get his sound heard in clubs has also increased.

Adam is available for gigs at clubs, corporate events and parties.