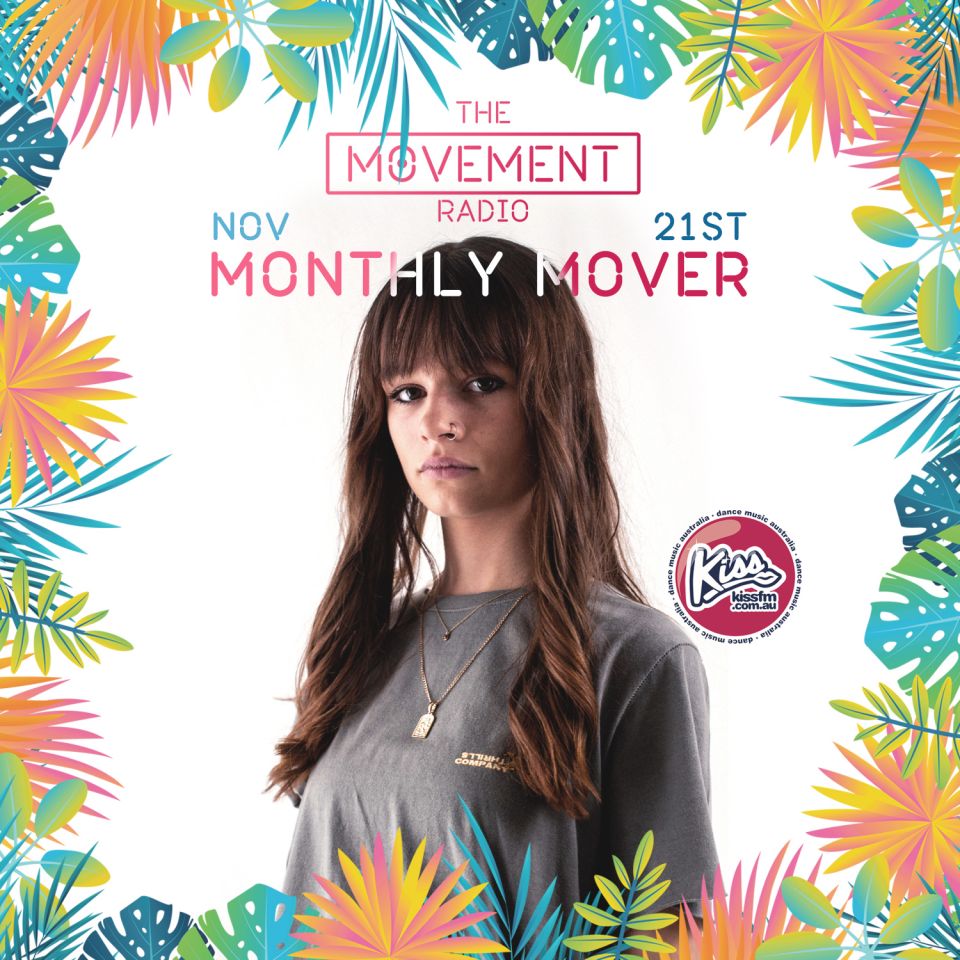 November’s Monthly Mover, hails from Byron Bay & is having one hell of a year. Mid way through her Melbourne tour, she will be dropping into the studio to showcase what’s getting her moving & chat about her huge year behind the decks. Which has included; supporting Patrick Topping, Set Mo & Shiba San, plus a feature at Splendour In The Grass. Joining me, Wednesday 21st November at 10:30am, the one & only, Mady Mooda!
More on her below 🙂

21-year-old Byron Bay based DJ/producer Mady Mooda has locked herself into her home studio for the past three years to learn the art of production, she’s crafted and honed onto her sounds with fierce conviction. She spends every spare moment being creative, it helps to live in such an inspiring town that is Byron Bay. Like many other great musicians coming out of this sleepy town, she’s destined for big things. Mady is set to release her first EP this year. Dropping her own unique style that is sure to set her apart with a booty-bouncing gutter tech sound. She’s not gone unnoticed landing high profile sets at Falls festival and Mountain sounds festival, along with some big support slots for the likes of Detlef, Latmun & Leftwing & Kody.
Mady Mooda is the future!