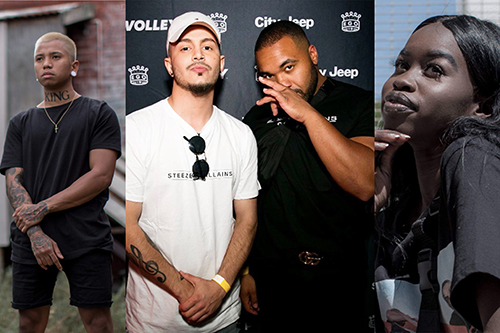 The Get Down is back again Saturday, March 30th!

RYDAH & ADRIAN SWISH
Fresh off the back of Kazuko EP, Rydah’s chart topping debut release which saw the body of work become the 7th Best Selling Hip-Hop album in Australia & Top 100 UK Rap Album on iTunes during first week of its release!

MANUXELLA
From singing in her Room to posting covers and snippets via Instagram now talented singer performing shows & gigs around Melbourne. Manuxella has been exploring her sound and working well towards her craft. One of her strongest attributes is her lethal songwriting which enables to paint a vivid visual of the story she’s telling through the songs.

SIN SANTOS
is a young emerging artist out of Melbourne, Australia.
Born and raised in the Philippines, his mother made the decision to bring him over at the age of 16 along with his two siblings for a chance at a better life.
A versatile artist with a range of different flows and melodies.
Sin Santos is definitely out to do some damage this 2019.