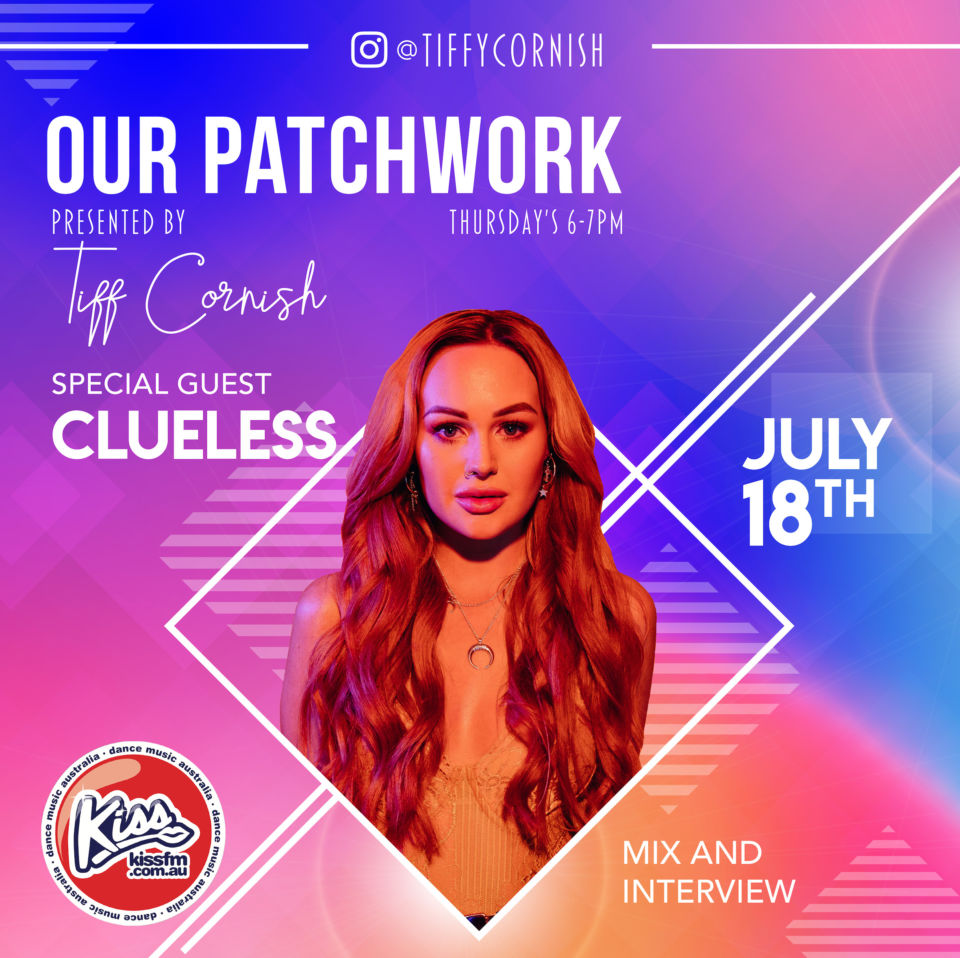 This week on Our Patchwork Tiff is joined by Clueless!

“A treasure in the House scene, Tori is fast proving herself to be one of Australia’s stand-out female acts – setting the bar high with a long list of admirable gigs, affiliations and collaborations. Known for her infectious energy and stage presence merged with her driving tech house sound, Tori is re-defining the stereotype of a typical house DJ and producer.

Clueless has built an immense following around Australia with multiple national headline tours under her belt and has attained a new fanbase internationally, building hype in Asia and beyond with her recent shows in Singapore, Malaysia and Fiji. With a commendable social media following across all platforms, her distinctive look and appeal has landed her work with impressive fashion partners such as Myer and David Jones as well as cosmetics brands including Benefit Cosmetics, Rimmel London and Revlon.

2018 was a stand out year for Clueless with impressive feats including earning a guest spot on Triple J’s coveted Saturday Night Mix up, as well as sets at festivals all aroundAustralia including Falls Festival in Lorne over New Years. While the name may say otherwise, Tori is anything but Clueless in the studio. With her debut single “Hold On”released on Bourne Deep in 2018, her next single “Lost My Soul” is being released on BeRich Records in July and is set to take the house scene by storm.”