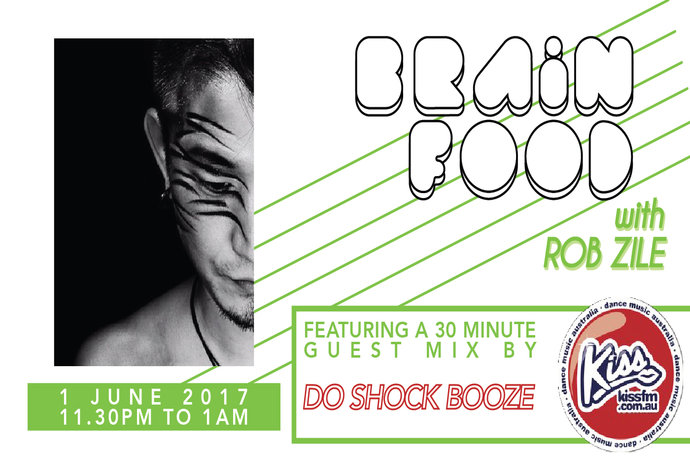 Do Shock Booze (pronounced: Doushokubutsu) is the pseudonym of DJ Yoichi Hayashi.  He built his career as a rock band singer and guitarist in the late 90’s.  His modern psychedelic tech house tracks have the scent of creative melody and ethnic taste.  He has been the talk of the scene from in and out of Japan with his active international gigs and releases from highly renowned labels such as honourable German label Traum Schallplatten, Beatfreak Recordings, Baroque Records of London, Bonzai Progressive of Belgium and Aenaria Music of Holland.

In 2013, he released 12 inch vinyl records on his own label Totem Traxx.  They became instant top sellers, highly recognised in the industry and they featured in German music magazine De:Bug and more.

In addition to Do Shock Booze’s DJ style where dancefloor control is everything; he only selects his own original and remix tracks but they vary from ethnic rock, electronic, new disco, tech house and more.  He has appeared on a variety of popular radio stations such as the official podcast of major labels such as Proton Radio, Frisky Radio, Kollektiv K (Fukushima Pref), DMiX (Oscar L), Insomnia.fm, KissFM (AUS) and Framed.fm.

In May 2016, his original album ‘Modernian’ was simultaneously released by long established honourable German label Resopal Schallware and his own label Totem Traxx.  It featured his vocals, the use of acoustic musical instruments and electronic music .  His new vision was ambitiously sent out to the world. To celebrate the release, he plans to hold the intercommunion tour to the major cities of Japan and Europe.

Check out Do Shock Booze’s music below then listen to Brain Food this Thursday night for his EXCLUSIVE guest mix!