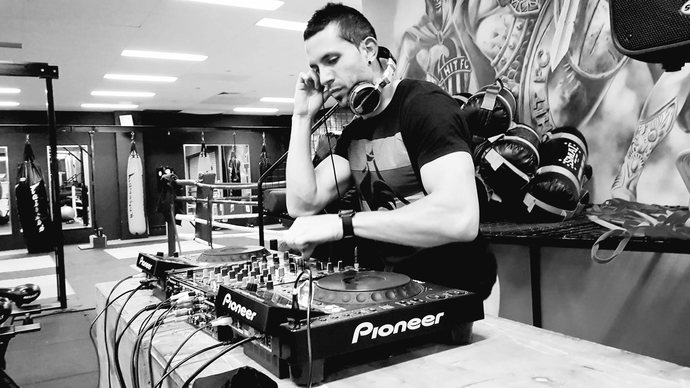 For the longest time Music has been a connector of souls. It brings people together in the most unlikely way.

Music is an ageless and timeless vibration where all is One. Present, past or transcending our 3rd dimension, Music is a World Language, Love the Universal Healer and Light the Universe itself in action.

Given our fast evolving world and revolutionary rise of consciousness, special souls around the world are awakening to their truth. Some are doing it with their educated skills, some with learned talent and others still with inherent ancient gifts.  What’s important is that they are following their Hearts.

Nick Sarpa from Sydney, is a promising, authentic and passionate emerging DJ with Heart.  He’s one of the DJ’s we at SEKSiCuLLTURE enjoyed collaborating with down under.

Nick is going on a musical journey come December.  His future plans for his career is to continue exposing himself to the world, journeying his way through different countries, sharing his love and passion for music.

We caught up with him before he leaves. Here’s what he has to share with the world.

My love for music started as a child around the age of 5, watching and listening to the weekly Video Hit Charts. Over the years it continued to grow opening my eyes to different genres. It wasn’t until I was 14, that I was introduced to Classic Trance & Hi NRG which drew me into the idea of electronic music, where my passion for music really kicked off. The idea of being a DJ grabbed me when I went to my first nightclub in Sydney, being DCM, which allowed me to hear and see what a DJ can do to a track to manipulate and blend it with another to create a form of art. I wanted to be that person. 😊

Currently I’m journeying through Tech House & Techno as I’ve new found love for it and want to continue to focus and grow in these two genres. However if I ever get the chance to go back to my roots and play occasionally with the  unique sound of HI NRG, Hard House and Classic Trance, then this is where all the fun is.

Being a BIG lover of food, I really enjoy tasting every type of cuisine, however being Italian, I cannot say no to a good bowl of Pasta and a slice of Pizza.

Growing up with music, I encountered several idols as my love of music evolved, starting with Paul Van Dyk & Tiesto in their classic days from 1998 – 2004. But now I get majority of my inspiration from the one and only king, Carl Cox!

Sticking with the theme of music, my favourite quote comes from the Greek Philosopher, Plato – “Music gives a soul to the Universe, wings to the mind, flight to the imagination and life to everything”

The dance scene in Sydney is still continuing to grow after there was a setback with laws. This caused a lot of venues to close. However, due to the growing popularity of Tech House & Techno, parties are still going very strong, attracting large crowds, which gives hope for the Sydney scene to turn around dramatically.

I always contemplate between blue and red but I’d say red is the one that always gets me.

As a DJ, my most memorable night to date is the Halloween Party I hosted in Sydney. The vibe inside the place was screaming as the venue was almost at full capacity. What made this even more special was the crowd being in the Halloween spirit, coming dressed for the occasion. My recent visit to the magical island of Ibiza has to be my highlight. Even though I wasn’t behind the decks this time, being a part of the crowd for Jamie Jones’s Paradise party at DC-10 will be something I’ll never ever forget.

My advice is to be authentic and not follow the crowd. If you want to be recognised for something, stick with your own style and idea and persist with it. Staying focused on your goals is the key and making small steps every day.  It can be a bit nerve racking in front of crowds, but feel the fear and do it anyway, it gets easier.

Every part of the world I have visited has its own unique thing about it, whether it’s Queenstown for snow season, or Ibiza for parties, or Phuket for the beaches. I do enjoy the lifestyle and adventures that arise in Asia so this would have to be my choice for now.

The one track that will never get old for me has to be Kamillian – Guidance (Space Brothers Mix). For me this is something I would hear every weekend in the nightclubs in Sydney and it would never disappoint.

Readers can find me through my fan pages on Facebook & Instagram – @MrSarpa, or Soundcloud & Mixcloud, where I host a weekly Radio Show, Sarperb Sounds. They can also visit www.mrsarpa.com and be up to date with the latest news and events.

I would love to be taken back to the year of 1999. To me, all genres of music, whether it was hip hop, rap, house, italodance, trance, eurodance were all at their peak.

I would have to say Carl Cox is the guy I aspire to the most and would also be my greatest influence. His journey from a young age has been quite the ideal to me. His obsessive passion for music is what I see in myself. One of very many reason that stands out to me is the way he has always stuck to his own style and persisted with it and not followed anyone else’s trend.

There are so many music festivals all over the world but if I had to choose 3, I would like to be a part of Awakenings Festival in Amsterdam, Burning Man in Las Vegas & Zurich Street Parade.

Be sure to join us at 9am on the SEKSiCuLLTURE Next Level Show. Keen to raise our planet’s vibration and drop a set? Get in touch info@seksicullture.com