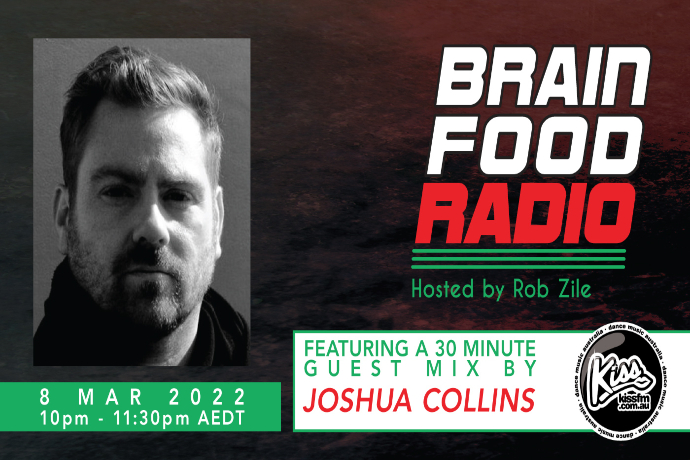 Veteran house producer since 1997. Josh is originally from Chicago and came up in his music career in the house music scene there. In the early 2000s he moved to the Los Angeles area and has resided there since. He has produced an impressive 200+ releases as Joshua Collins and several other aliases (see discogs). Josh also spent many years with the electronic group Human Life and produced and toured with them from 2008-2010. Notable releases on labels such as Defected, NRK, Hooj Choons, Gourmet, Fresh Meat, Afterhours, Harmonious Discord, King Street, Nitegrooves and more.

Check out Joshua Collins’ music below then listen to Brain Food Radio TONIGHT for his EXCLUSIVE guest mix!