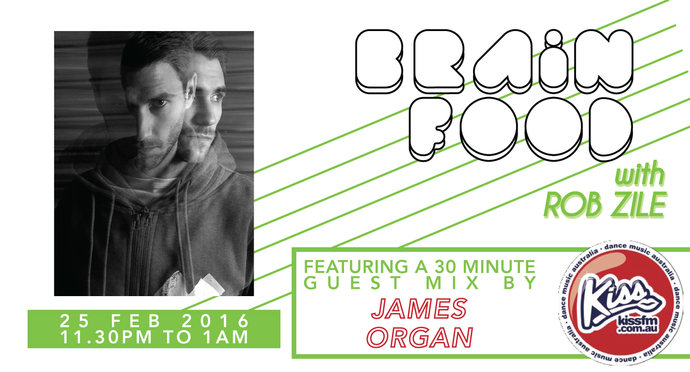 Residing in his hometown of Liverpool, UK, James has long been an attendee of local club night CIRCUS, having zealously followed the likes of Yousef, Nic Fanciulli & Davide Squillace since he was fresh out of school.  Five years on, James finds himself playing regularly at these events, gaining experience and confidence in the process.Having recently been snapped up by Nic Fanciulli’s “Saved Records”, alongside releases in pipeline on Yousef’s “Carioca”, Junior Sanchez’s “Brobot” and DZeta N Basile’s cool imprint “Decay Records”, James is heading in the right direction to make a name for himself in the underground music scene.James has so far had support from the likes of John Digweed on his Transitions radio show, and previous gigs include the Garden Festival Croatia, Parklife Festival Manchester, The Garden Party Leeds as well as DJ’ing regularly at both Circus and Chibuku club nights in Liverpool for over four years.

Check out James Organ’s music below then listen to Brain Food this Thursday night for his exclusive guest mix!