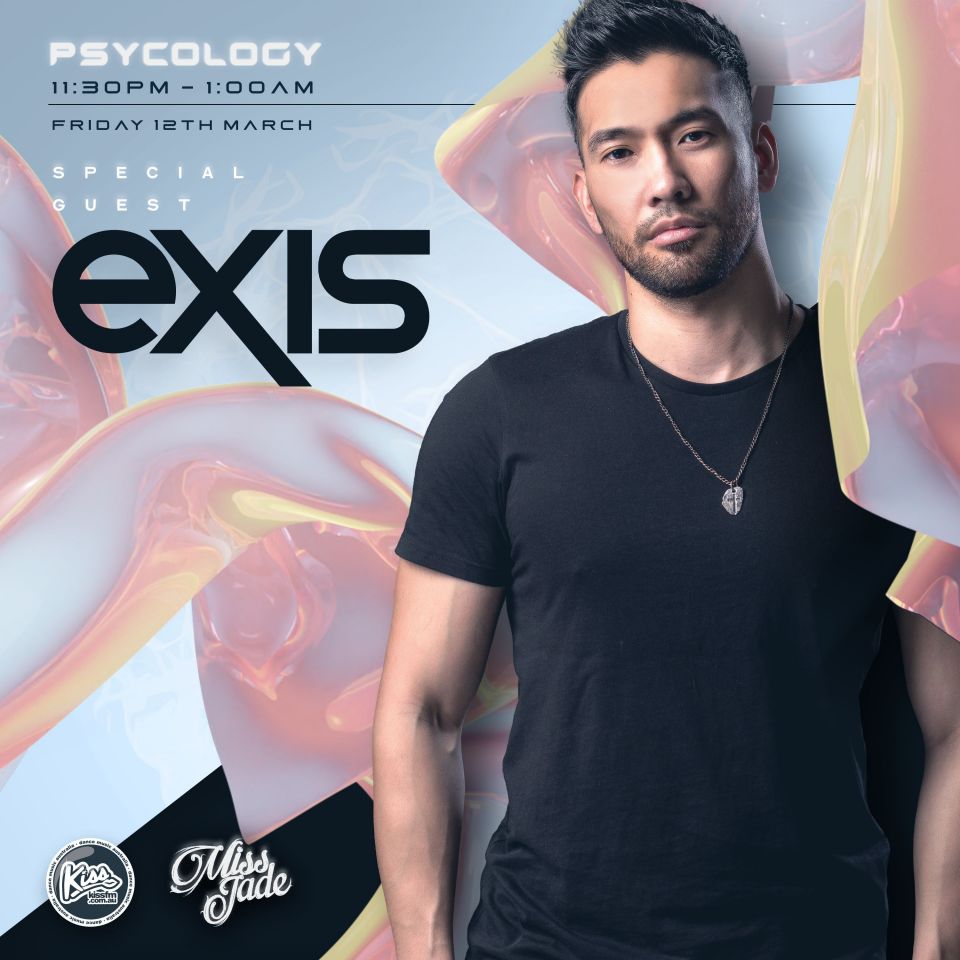 Friday night PSY back this weekend from 11:30pm I will be in the studio LIVE and streaming on the Kiss FM Facebook page.

Exis is an Australian producer and DJ. Exis’ name exploded in the scene with his release of ‘The Count’ which reached #1 in the Beatport charts in 2016. His diverse style of psytrance, tech and big room has seen him appear consistently on powerhouse label Armada Music. In 2017, Exis remixed Armin van Buuren’s A State Of Trance 800 Anthem ‘I Live For That Energy’ and it was voted #4 Tune Of The Year. All of his productions are always met with huge support by heavyweight producers such as Armin van Buuren, Vini Vici, Ben Nicky, Andrew Rayel, Mark Sixma and MaRLo just to name a few. By 2018, Exis was ranked #74 in the TrancePodium Top 100 DJs.

Over the years, Exis has played internationally in countries such as Poland, Czech Republic, Russia, Slovakia, Malaysia, Indonesia, Vietnam, Singapore, China, Thailand, Myanmar and Australia. In February 2019, Exis performed at the world’s biggest trance event A State Of Trance 900 in Utrecht, Netherlands. Along with a plethora of upcoming releases, this Australian artist without a doubt will make an even bigger impact in the years to come!