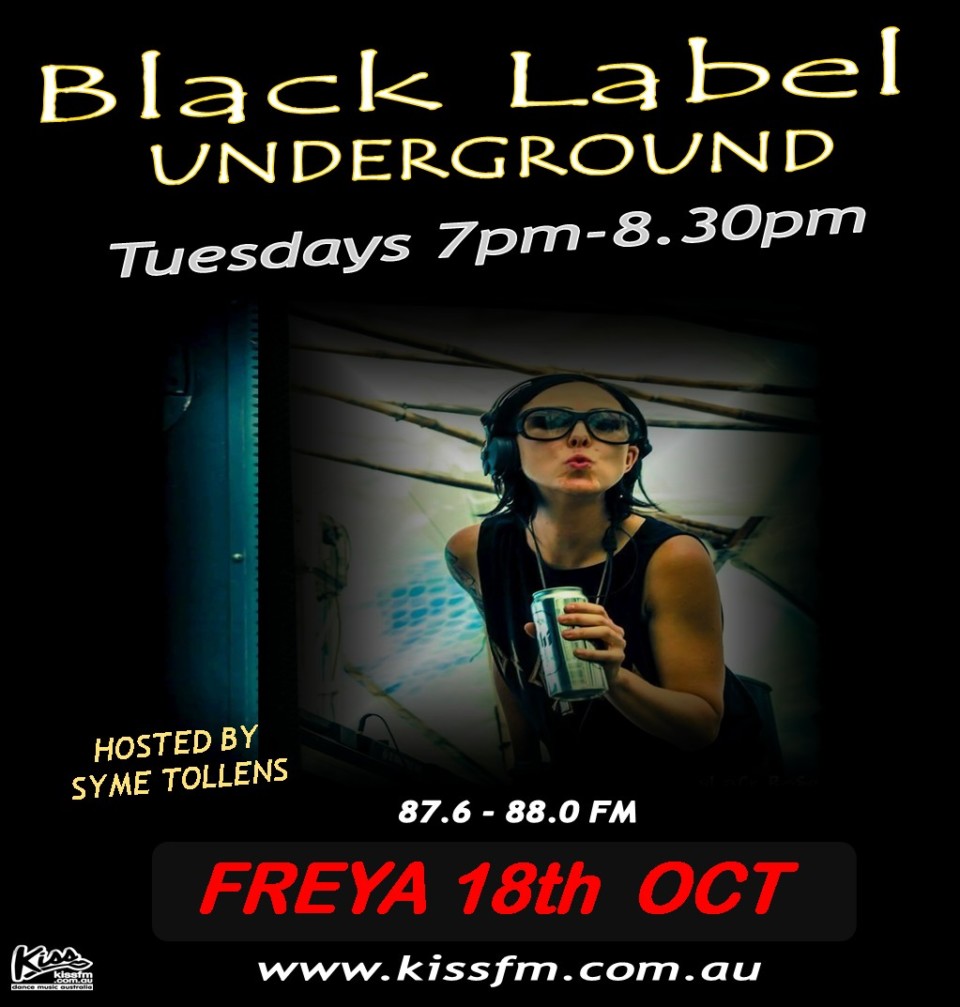 Freya to join Syme Tollens this Tuesday 18th October as these 2 industry guru’s team up again once more, this time live in our Kiss studios.

Born into a musical family, it was inevitable that Freya (aka Krissie Zibell) would end up in the music industry. After studying classical piano, singing and music theory from a young age, she moved on to study musical theatre at University before being seduced by the intoxicating beats of electronic music.

Since making her DJ debut in London in 2007, Freya has firmly stamped her mark on the underground scene – both locally and internationally, as a DJ, host and promoter. In addition to a swag of international performances in the UK, Thailand, Vietnam and New Zealand, Freya continues to feature at major underground events and festivals all over Australia (Earthcore, Maitreya, Mushroom Valley, Mayan Summer Solstice, Southern Oracle) alongside some of her favourite DJ’s and producers including: D.A.V.E the Drummer, Ace Ventura, Grouch, John 00 Fleming, Fergie, Erphun, Quantize, Astrix, Slam, Protoculture, Liquid Soul, D-Sens, Fatali, Alex Smoke, Jiser, Lee Coombs just to name a few.

With a natural ear and flare for music, it was only a matter of time before Freya turned her talents to production. This year sees her spending more time in the studio, experimenting with original material and collaborating with established producers, all the while continuing to annihilate dance floors with her intoxicating sound.