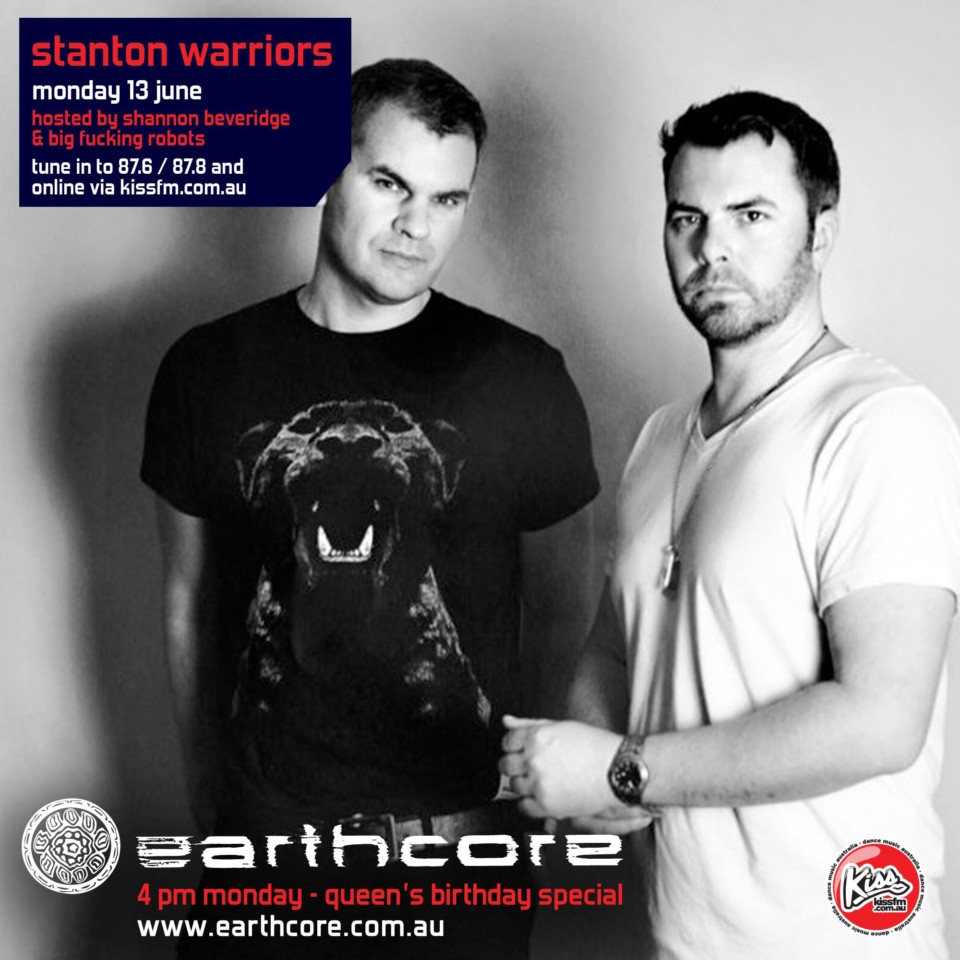 earthcore show finishes the Queen’s Birthday weekend special with International guests, STANTON WARRIORS live in the studio for a 1 hour set before playing at RMH – THE VENUE.

Also, BIG FUCKING ROBOTS will play a 1 hour set from 5 till 6pm before playing at the event at RMH.

Tickets on sale NOW at https://www.outix.net/tickets/event/stantonwarriors 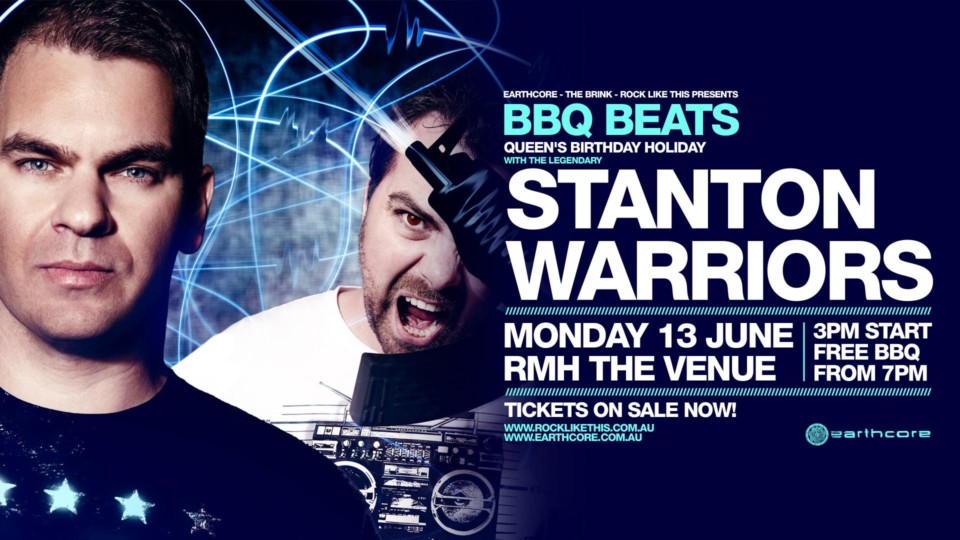