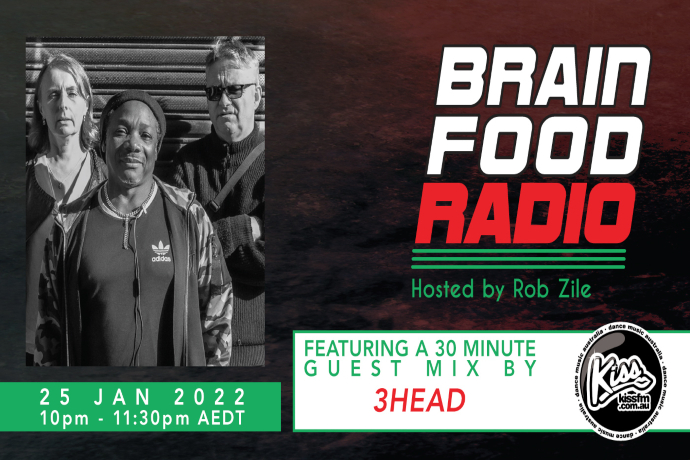 As well as some rising stars:
Mo Money Productions (an up and coming London Trap and Drill producer)
DogDub (A Bristol-based Soundsystem) &
Mauoq (A minimal DnB specialist)

’Like King Tubby jamming with the Balanescu quartet’’  (Mixmag)

‘’A beguiling mix of epic, steaming dub, flecked with frantic toasting, molten soul vocals all underpinned by deft break-beats…haunted and haunting 3head create a throbbing underworld all their own.’’ TIME OUT (London)

‘Blackwater [3Head’s 1st Album] defies categorisation. If ever an album deserves the Mercury Music Prize, this does. Get this in your collection now.’ (UPDATE Magazine)

‘This spontaneous mix of dub, classical, electronica and filmic noir moves between gypsy murder and the murky world of transcendental misery. These waters run deep and dark…’ (LOGO Magazine)

“What you get when you mix the intensity of Joy Division with the space and rhythm of King Tubby!’’
(Melody Maker)

‘The sense of spontaneity and spaciousness in their music, accommodates all manner of the unexpected, while suggesting the four will make for a powerful presence live…(METRO newspaper)

Check out 3Head’s music below then listen to Brain Food Radio tomorrow night for their EXCLUSIVE guest mix!