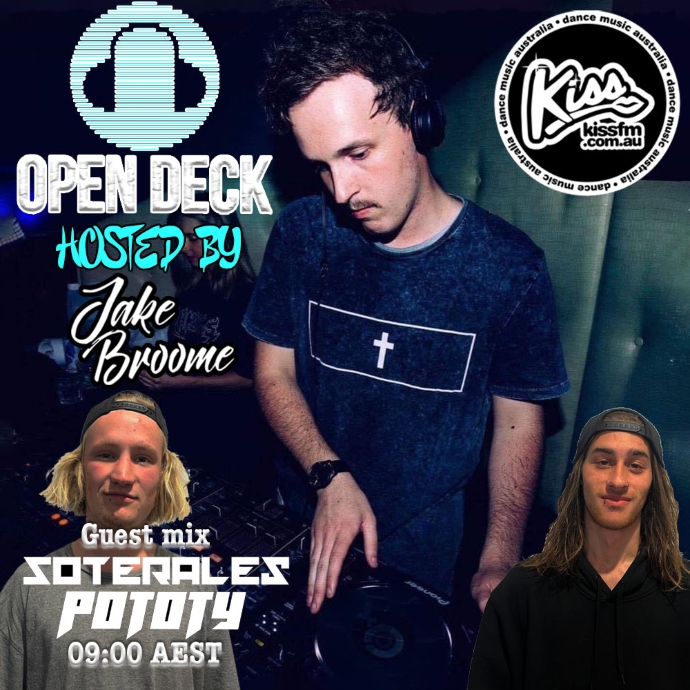 After his first gig everything sort of came together for him and he started to get more gigs and attention and that gave him way more confidence to realise that he could do this on a bigger scale Starting at a young age defiantly gave him a bit of a scare but has grown more and more confident playing gigs over the weeks and is so keen to see what he can accomplish for the rest of the year and years coming Soterales loves all music but his genre of choice is minimal and techno, “I’ll always love all music but there is nothing that tops it off like a bit of old school minimal” “Being a dj is the best job in the world and to say I get to do something that I love on a weekly basis just makes me the happiest bloke in the world “

Pototy’ started his DJ career at the age of 17. With a passion and love for the underground music of Melbourne since he was 12, he always wanted to find ways to manipulate the sounds into his own personal preferences. Taking heaps of inspiration from the biggest clubs such Hidden forest, Cloud nine, TFU and Tramp bar, he was able to open and expand his library and eventually his mindset on how he would like to produce his sound.

His genres of choice are mainly Minimal and Techno, but is known to have a passion for Hardstyle, along with Psy and Trance At 17, Pototy already had mixtapes posted that were beginning to attract the attention of more than just his friends. By 18, he played his first ever gig at ‘Taste Saturdays’. Soon after he was booked occasionally for more venues/events such as ‘Resist’ and ‘Tramp Bar’. Unfortunately at 19, the covid pandemic held Pototy back from reaching his full potential as the nightlife scene in Melbourne began to fade.

Since the return of the scene, Pototy has been apart of a couple gigs held at the ‘Lucky Thursdays’ sideroom: ‘Bunker’ At the age now of nearly 22, Pototy is ready to play numerous gigs week in and week out and is hoping that he cements his place in the nightlife scene. “I would say my favourite dj’s would have to be ‘Short round’ and ‘Will sparks’ in terms of homegrown Melbourne, but my international favourites would have to go out to ‘Neelix’ and ‘Morten Granau’.