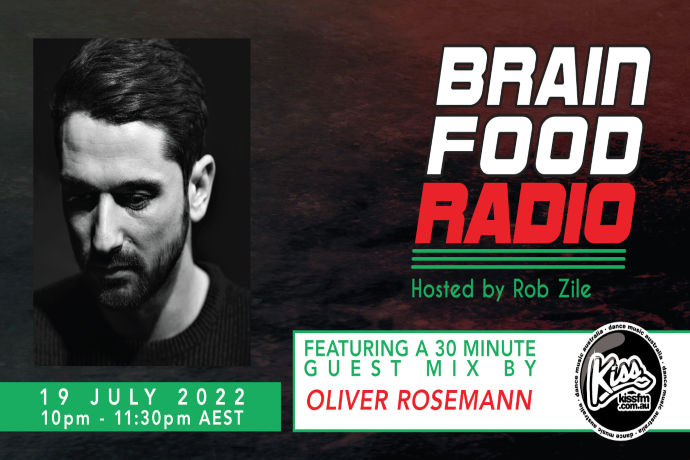 Oliver Rosemann is a DJ and producer from Leipzig, who has been active since the 90’s. During this time, he has made his experience with timeless techno exactly in the time of its emergence, which is later reflected in his productions and DJ sets.

In the Leipzig scene he played numerous live sets in the early 2000s, including at the 1040, one of the legendary clubs of the time. Increasingly, he began to show himself in public not only as a pure live act but also as a track producer. He oriented himself out of the local scene and tried to place his music directly internationally. With the collaboration with MasCon called “dualit” he had first big releases on labels like Earwiggle, CLR or Fith Wall Records and also international gigs e.g. in Antwerp.

But after that his solo project should be in the foreground again. Oliver got his own EP on Sunil Sharpe’s label Earwiggle. The “Pointing from the Moon EP” was released, which was the starting signal for numerous following releases.
To date, there are close to 180 tracks and remixes, including 3 LPs, released on labels such as MindTrip, MORD Records, Warm Up Recordings, Pole Group, Stockholm LTD and many more.

Another promising collaboration was to follow. Pfirter and Oliver started producing together in 2019 and presented their first joint 4 tracker “Alpha EP” in 2020 on MindTrip Music and it was a huge success. To date, the collaboration of the two includes several releases and there will be a few more.

Oliver is also present on stage. Whether as a live act or as a DJ, he knows how to create a dark, driving, ecstatic atmosphere on dance floors.
He has already proven this in clubs like Tresor Berlin, Distillery, Institut für Zukunft, About Blanc and also in other countries in Europe. Numerous podcasts recorded by him or live cuts from parties, which were released over the years by renowned crews such as “Reclaim Your City” or “Staub”, show this.

In 2021 he founded his own record label “Recorded Things”, which he now runs together with Sebastian Rothermel. Also, here, his sound, which he produces or DJs, is formative and reflects what kind of techno he stands for. The latest release here is a new collaboration between Oliver and Alexander Kowalski!

Check out Oliver Rosemann’s music below then listen to Brain Food Radio tomorrow night for his EXCLUSIVE guest mix!