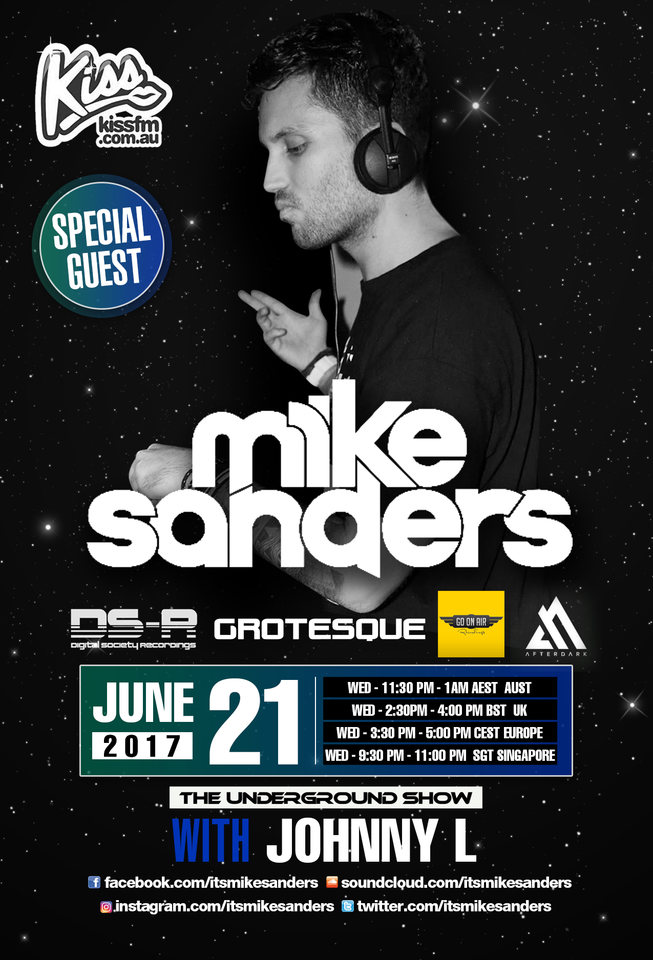 DJ and producer from Barcelona born in 1987, Mike Sanders developed his passion for Trance music as a result of the multiples events which took place in his country, where he had the opportunity to listen to the most important and recognized artists of this genre.

Since then, Mike has worked day by day with a simple goal: Transmit his personal point of view of Trance music through his productions

In 2013 Mike debuts with his album ‘Colors’, but is not until 2014 when he will start to raise with his first singles and remixes achieving this way the constant radio and club support by great names in the scene such as Armin van Buuren, Aly & Fila, Paul Van Dyk, Ferry Corsten, Paul Oakenfold, John O’Callaghan, Giuseppe Ottaviani, Simon Patterson, Sean Tyas, Solarstone, Sneijder, Markus Schulz, M.I.K.E., Signum, Andy Moor, Judge Jules, Binary Finary amongst many others..

Mike took part in several events, amongst which are worth to include the 4th anniversary of Entrance (Madrid), where he shared the dj booth with the recognized DJ and producer The Thrillseekers.