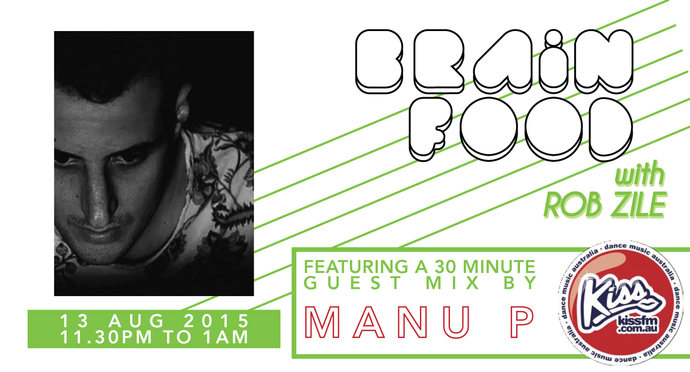 Manuel Pacciarini, aka Manu P, is a 28 year old DJ/producer/record label owner from Umbria (a region located in the centre of Italy).

Manu P has performed in prestigious clubs in his region such as Formula Disco, Matrioska, Essenthia, Gradisca, Lido Village, Charly, and the notorious Red Zone Club, the most famous discoteque in Perugia.
He was also requested to perform outside of his native region at Klang (Arezzo) and within a few months he reached the exalted Cocoricò (Riccione) which is recognised as the temple of underground music in Italy.

Check out Manu P’s music below then listen to Brain Food this Thursday night to hear his exlusive guest mix!