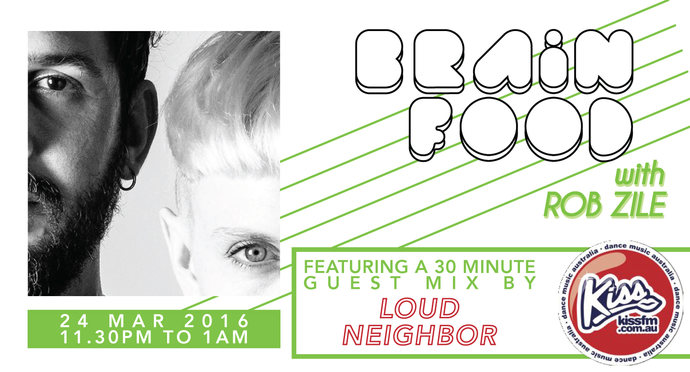 Loud Neighbor is a gear based, techno live act from planet Earth formed by Christina Steel and Martín García Blaya. With a table full of machines, this married couple throws down like no other, creating a vibrant energy that is contagious. Christina brings the fundamental beat with her crew of drum machines while processing and sampling her voice in real time to create unique sounds, rhythms and textures. Martin takes charge of the melodic elements with an army of little synthesizers, creating soulful, outer space funk hooks loaded with joy and melancholy at the same time. New members of the family are constantly appearing, keeping the Loud Neighbor sound in perpetual evolution.

The duo has been sequencing machines together throughout the Americas and Europe for over 7 years. The project made its first appearances in illegal warehouse parties in Buenos Aires, Argentina, then crossed the Atlantic back to Madrid, Spain, where the couple originally met on the dance floor. In the Iberian Peninsula, Loud Neighbor matured into what it is today. After releasing a handful of singles and remixes in Europe with Xpansul and Truetype Tracks, Loud Neighbor spread it’s wings and flew to the new world where they focused their energy in the studio to create their debut album, Escape Control, which came out in 2014 as a 6 part vinyl series on their own label, w0rkt34m.

For the past 2 years, Loud Neighbor has been representing Brooklyn, NY world wide.  Inspired by it’s pumping underground scene, they bounced around from the neighborhood to the world, bringing raw, yet elegant live techno sounds everywhere they go.  After a pivotal tour in Europe and a productive summer in Buenos Aires, plus the uprising of Donald Trump,  Loud Neighbor prepares to flee to the techno capital, Berlin, Germany.  Excited about the new adventure that lies ahead,  Loud Neighbor will say goodbye to the US by playing shows in New York, Chicago and Detroit before taking off in April.

Check out Loud Neighbor’s music below then listen to Brain Food this Thursday night for their exclusive guest mix!