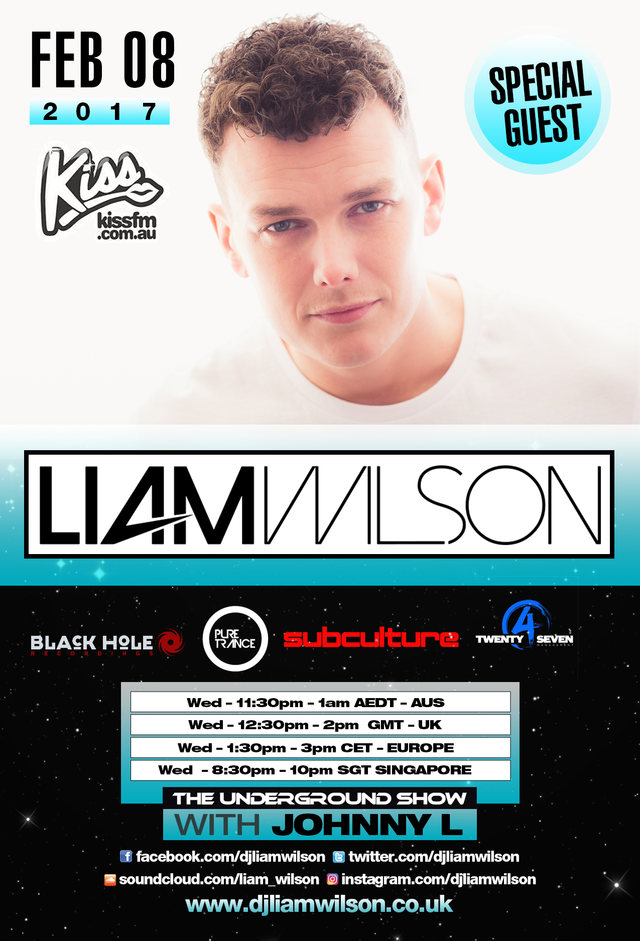 In the world of DJ’s and Producer’s today it takes a special kind of artist to really shine through, Liam Wilson is of this kind. Coming from the UK’s home of Dance music, Manchester, he firmly established himself amongst not only Manchester’s but the UK’s freshest DJ’s. Holding residencies at Goodgreef, Rong, Pure Trance and regularly playing up and down the country, Liam has earned the title as a very well respected DJ. Now Liam regularly features on lineups all across the globe and has been destroying dance floors from Argentina, Ibiza, Germany, Ireland, Australia and many more across the way! Major Trance brands such as BAT, Cream, Goodgreef, Gatecrasher, Godskitchen, and Evolution Events (AUS) have all had the privilege of booking Liam to play at their events.
In this industry today there are an abundance of producers who now DJ but very few who are armed with the skill of working a crowd the old school way, keeping them gripped to every single track and connecting with them to create something special. From starting DJ’ing at the age of 15 and starting producing at the age of 21 it has been from pure hard work that Liam has built up such a vocal group of fans across the globe. A self-taught music producer, He has gone on to be signed to the biggest labels in Trance music today. Armada, Black Hole Recordings, Subculture, FSOE, Pure Trance is just a few of the labels which Liam has released on. A Beatport Top 10 selling artist with almost every release and with support from every major artist it wasn’t long until he had secured himself as not only a respected DJ but now also one of the most exciting producers and remixers in the industry. His tracks ‘Family’ and ‘Aspiration’ were two of the biggest tracks of 2015 and showed how Liam could write beautiful yet driving and timeless trance as good as the major artists.
Radio plays on BBC Radio 1, A State Of Trance, and Pure Trance have also been just a few extra accolades to add to Liam’s already bulging portfolio.
From producing and DJing Liam has attracted attention from club brands, record labels and fans across the globe which has led him to some other great projects. In 2015 he mixed one of the disc’s for the Goodgreef 15 Years mix compilation along with legendary DJ’s Marco V and Giuseppe Ottaviani, the compilation went on to get rave reviews and was well received critically.
Although Liam has played on the Trance circuit for the past 7 years it has only been recently that he has shined brighter as his cutting edge productions and remixes are appearing in every Trance artists set lists and radio shows, making Liam one of the taste makers in trance music today.
This is only the start for this exciting prodigy.