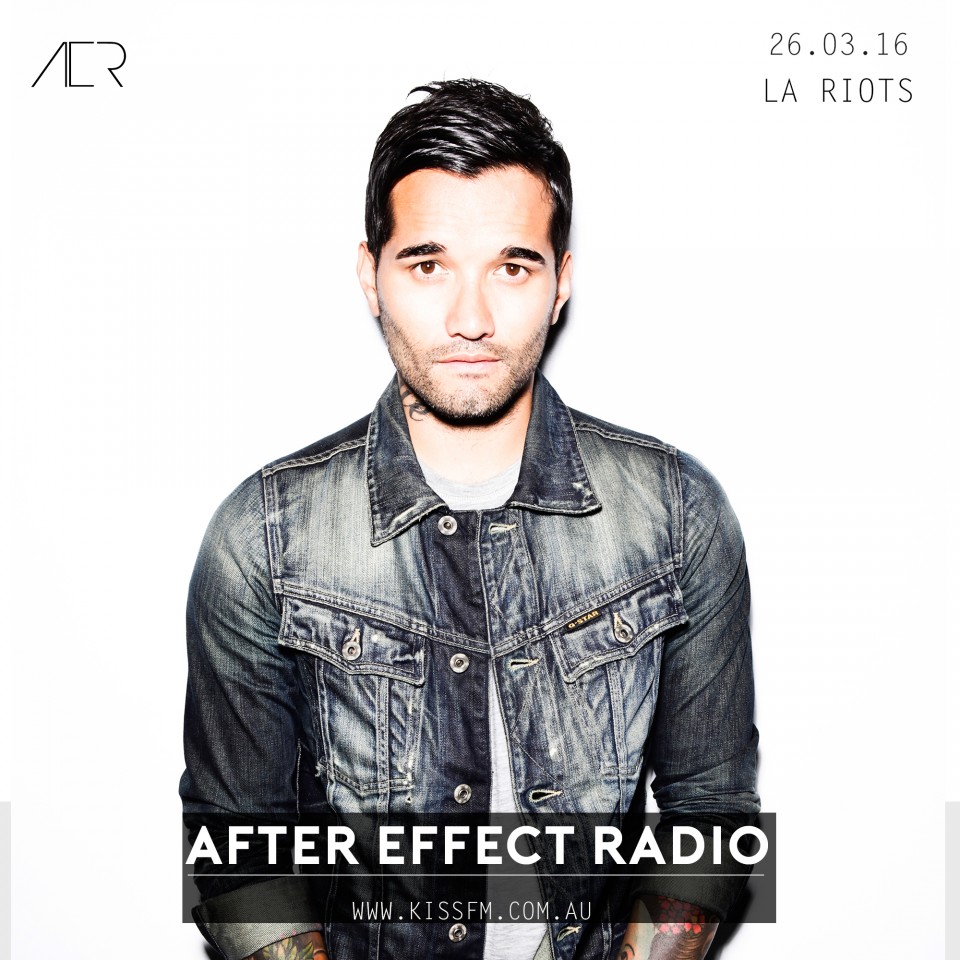 Tune in this week to After Effect Radio with Darren Carlson. This week we bring you LA Riots!

A lot has happened since LA Riots introduced a bawdy blend of Indie Rock, Alt Dance & Electro music to the world in 2007. But the question is…Where did they come from? Formed on the 15th anniversary of the 1992 Los Angeles Riots, the group was named as a reflection of their aggressive and rebellious sound. An attitude not commonly found in Electronic Dance at the time, it differentiated them from the worldwide DJ pack. However it was taken; their approach achieved the group multiple successes early on, including becoming North American tour support for MSTRKRFT and the Bloody Beetroots in 2008. That same year they landed on the lineup of Australia’s Global Gathering Festival alongside Kraftwerk, Mark Ronson and DJ Sasha, exposing them to a global audience.
LA Riots have reinvented a sound that melded influences of techno, house and drum n’ bass. The fans received their productions with open arms, the world took note, LA Riots had arrived. They accomplished what eludes so many in the genre; maintaining their underground credibility while remixing some of music’s premier pop and rock labels. So far, the formula has worked. They’ve crafted the title track on Kylie Minogue’s “Boombox” Album, remixed multiplatinum rock icons Weezer and pop-dance phenom Lady Gaga (“Born This Way”), all while working on top-selling Sony Playstation games. Not to mention remixing tracks for a diverse roster of DJ/artists including Tiesto, Laidback Luke and Sidney Samson.

Over the years their broad musical scope has led to plays from the likes of Tiesto, Justice and Afrojack to name a few. These accolades from fellow DJs have put them on the speed dial of A&R teams to shine up pop and rock remixes for major labels such as Warner Bros., Virgin, Tommy Boy and Interscope. LA Riots production is varied, but their quality control and precision in the studio creates a big room sound that translates the party straight to the dance floors.

It is those same high-profile productions that have prompted them to land even higher profile gigs. In 2009 they toured with The Crystal Method (“Divided by Night”) and a second outing with MSTRKRFT. As well as appearances at Chicago’s Lollapalooza, ULTRA Music Festival in Miami (2008 & 2009), Electric Zoo, I♥Techno and Belgium’s Pukklepop Festival. Additionally, Beatport named them as “Break Out Stars” at the 2010 Winter Music Conference.

In 2011 their successes on the charts are mirroring their successes touring. Beginning the year with a #1 Billboard Remix and sold out European Tour, they returned to the Ultra Music Festival in Miami, landed a residency at XS Nightclub in Las Vegas and were featured on the 1st ever Identity Festival Tour across the US. LA Riots are definitely ones to watch and if you are lucky you might just get them to #StartARiot in your town.”