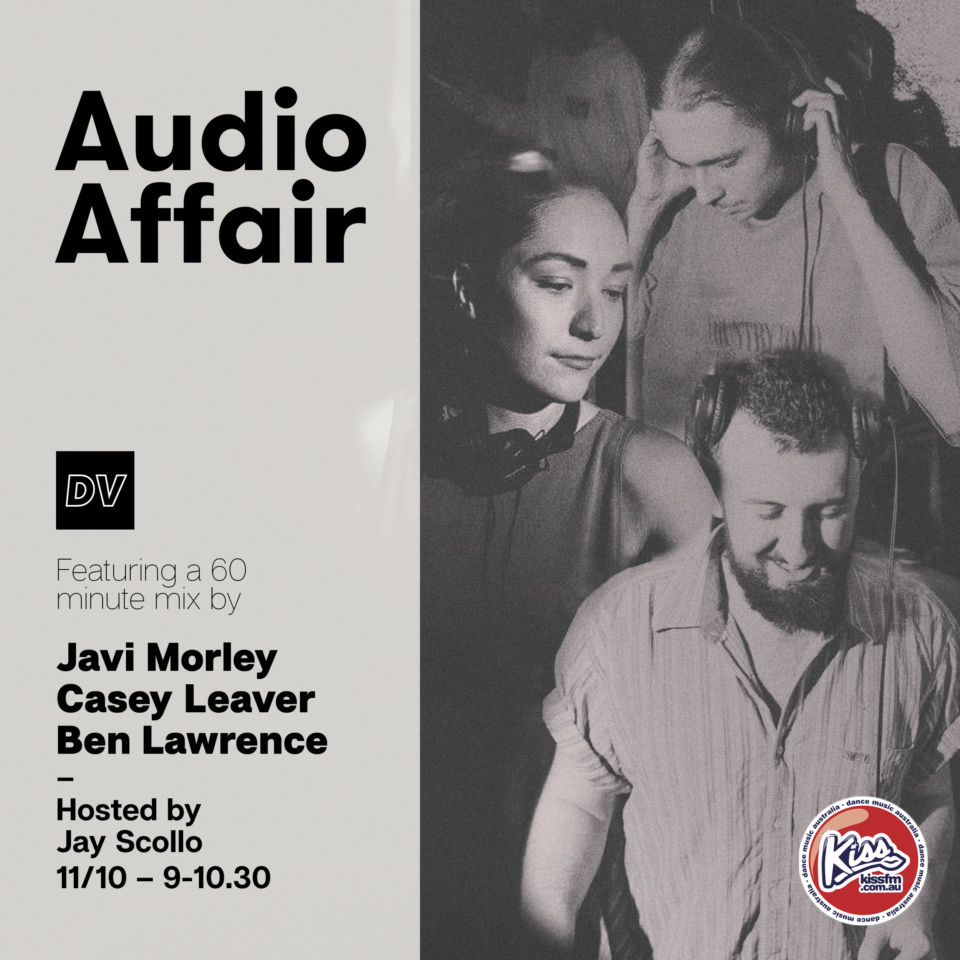 This Wednesday AudioAffair is extremely excited to have Disco Volante’s own Javi Morley, Casey Leaver & Ben Lawrence for an exclusive 90 minute b2b2b. Tune in from 9AM to hear what is coming up in the world of Disco as these three musketeers have a very eventful summer coming up.

You might not know her as the girl swimming in spaghetti, making famous boiler room appearances or even starring in a hit music video, but chances are you’ve already crossed paths with Casey Leaver. This upcoming DJ from Melbourne has been living, breathing, dancing, working, pushing and soaking up the dance scene in her city since the days electro-house began. Never one to shy away from a good party or crazy hair colour you’re probably more used to seeing her work the dancefloor, but as of 2016 you can catch her workin’ and twerkin’ the DJ controls. Casey uses her knowledge of the scene to pump out the right tunes and the right time and makes the space in front of the DJ booth some hotly contested property. Word is spreading fast and she’s has been playing regular sets at institutions such as OneSixOne, Pawn & Co, Bimbo’s, Circus and Chasers. On top of that she runs the highly successful Disco Volante on Thursday nights at OneSixOne. She truly knows how create some fun, and whilst she can muster a world-famous frown, it’s all smiles when she’s behind the decks.

Ben Lawrence (a 25-year-old self proclaimed party animal) fell in love with the Melbourne music scene three years ago. He decided to join the fray and take up DJing and he’s never looked back. Ben kicked off his career nicely playing at some of Melbourne’s grooviest nightclubs including Circus, Revolver Upstairs, One-Six-One, Pawn & Co. and Brown Alley. His sound and style has attracted plenty of heat in 2016 as he finds himself playing bigger and better gigs as each week goes by.