11:30pm – Wednesday 2 Aug on The Underground Show with Johnny L

Indecent Noise (Aleksander Stawierej), 32-year-old DJ, producer and co-organiser of events “Lifestream” at Warsaw club scene. His fascination with electronic music started at a very young age, as a 7-year-old he listened to compilations of Jan Michelle Jarre and Kraftwerk. He took his first steps as DJ and producer in 2004. Productions of Alex were supported by names like Tiesto, Paul van Dyk, Above & Beyond, Paul Oakenfold, Agnelli & Nelson, Roger Shah, Sean Tyas, Christopher Lawrence, Lange and Judge Jules.Indecent Noise has also launched his own record label, “Mental Asylum Records”. Mental Asylum offers a home to producers of the darker, twisted, more up-tempo side of Trance and will be part of the increasingly successful “Fraction Records” group. Its primary focus will be quality over quantity as the label aims to establish itself as a well-respected outlet for Trance music.

Indecent Noise will be in Australia alongside Mauro Picotto, Scott Bond and Factor B as Gatecrasher – Return of the Lion Tours throughout Australia this August – September. For more details and tickets to the events go to www.gatecrasherAU.com 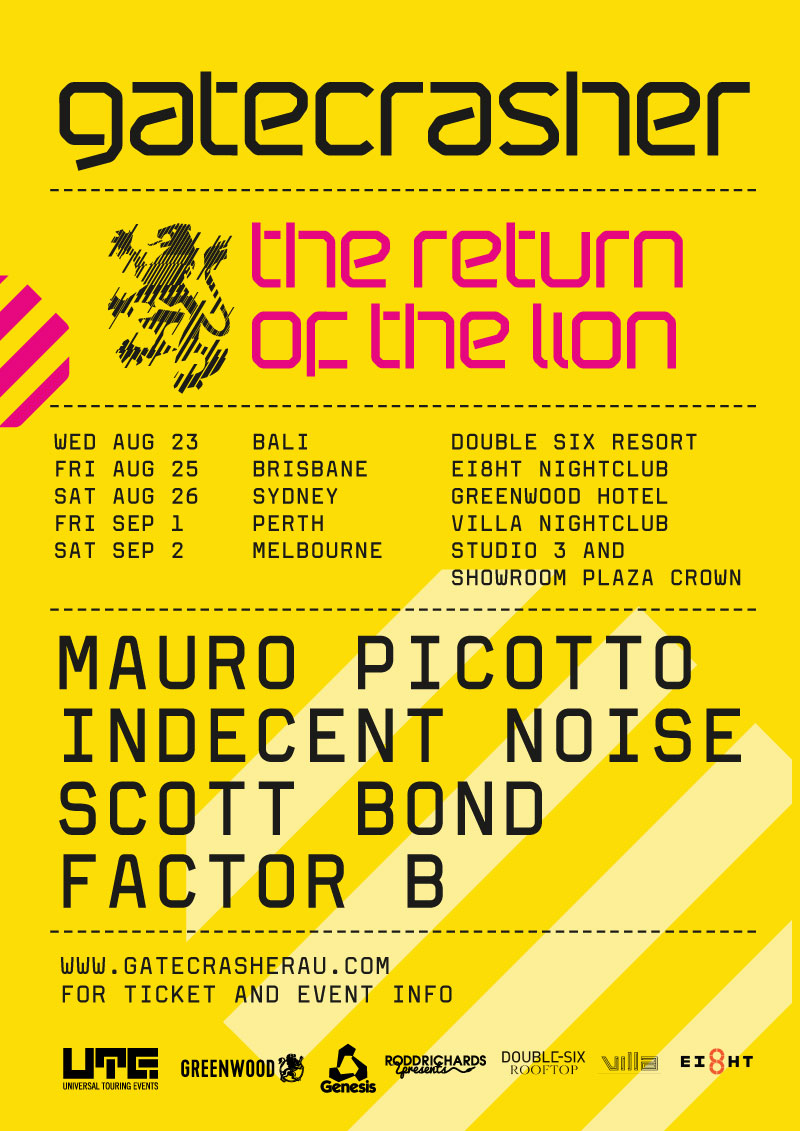 Previous Gatecrasher takes over The Underground Show below –