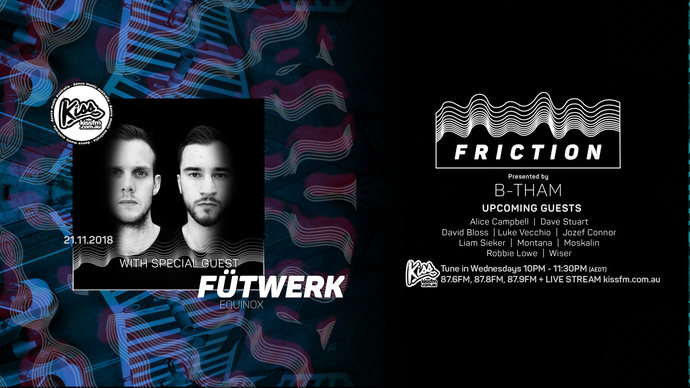 FRICTION welcomes Melbourne duo Fütwerk from Equinox. These guys are making waves on the scene and are laying a path in front of them that is supporting the industry as a whole.

Brayden Warburton and Tom Szabo are the two men behind the production/DJ duo known as fütwerk. Their first gig was in Feb 2017 and they haven’t looked back since.
Their passion started off focusing on melodic techno but has evolved over time and now sees them delving into the realm of ambient and hypnotic techno. The pair have set up a studio together and are working towards their productions following a similar nature as they wish to create music that people can really get lost in.
They are also co-directors of Equinox Events which is a brand that focuses on delivering high quality audio and visual experiences. Whilst running their own parties they have also been residents at Circus Sundays for the past year and a half and more recently becoming residents at Xe54. 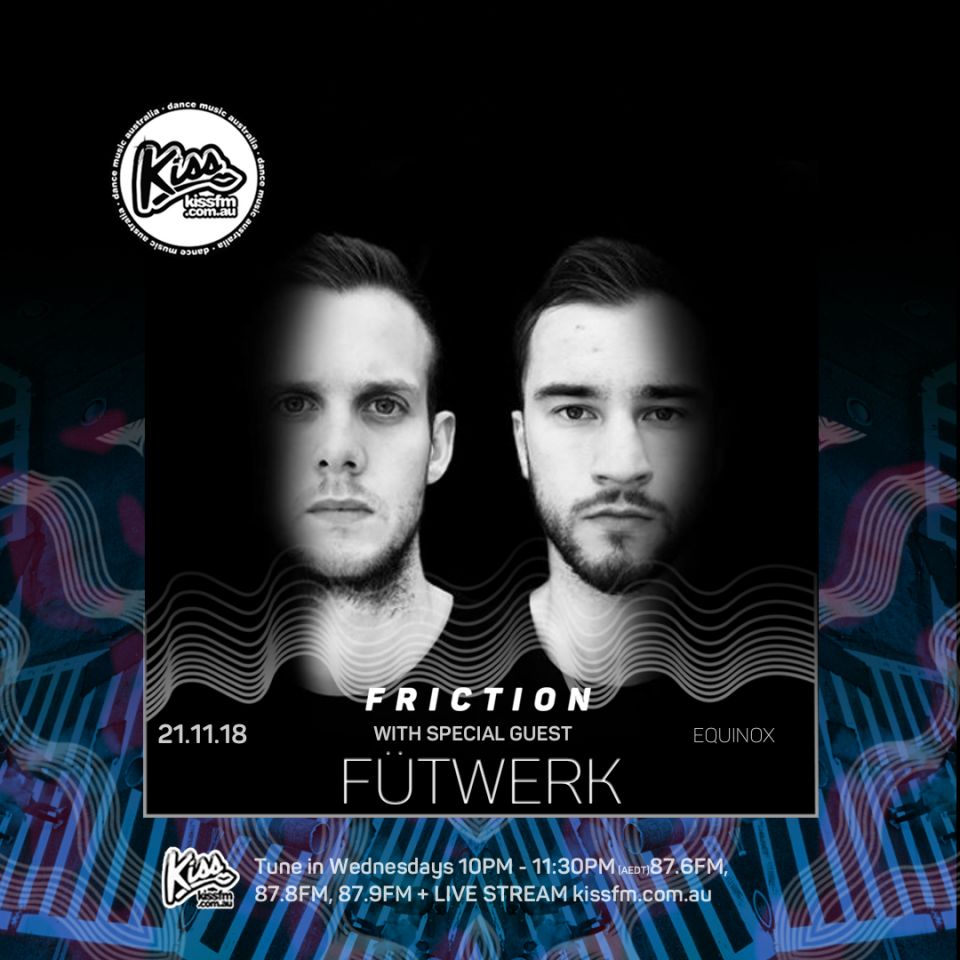