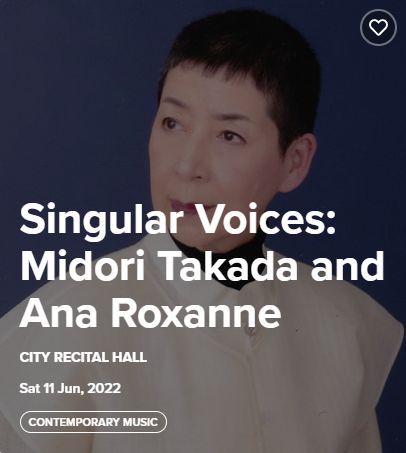 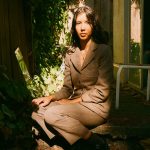 Treat your senses to a night of spiritual enrichment with the transcendent sounds of two masters of meditative music, Midori Takada (Tokyo) and Ana Roxanne (New York). Midori Takada Exotic and surreal,

Treat your senses to a night of spiritual enrichment with the transcendent sounds of two masters of meditative music, Midori Takada (Tokyo) and Ana Roxanne (New York).

Exotic and surreal, wondrous and childlike, the music of Midori Takada transcends time. Her almost-lost 1982 masterpiece Through The Looking Glass – an enchanting Alice In Wonderland nature fantasy in four chapters – became one of the most acclaimed Japanese albums of all time, its 2017 reissue ushering her from obscurity into the spotlight at age 68. Takada has influenced countless artists with her pan-global approach to percussion, echoing African rhythms, Indonesian Gamelan and Japanese folk traditions with marimbas, gongs, chimes, recorders, and Coca-Cola bottles. Her performances are a ritual experience, with costume and dramatic gesture articulating the fascinating sounds she conjures from a dazzling array of percussive instruments.

Filipino-American composer Ana Roxanne has emerged as a singular voice of the “new new age”, creating a delicate and radiant form of meditative music that’s entirely her own. Her recent, illustrious album Because of a Flower is a sublime meditation on gender identity, fusing devotional dub, ambient electronica and choral music, through the lens of Roxanne’s Christian upbringing, and her studies in jazz, classical and Hindustani traditions. Ana Roxanne’s magical live performances are at once intimate and epic, layering her dreamy drones and vocal incantations into a lush, vast sonic tapestry. Close your eyes and luxuriate in a healing sound bath, her swirls of sound ascending in the pristine acoustics of City Recital Hall.

Details are correct at time of publication.

Bold songwriters. Sublime acoustics. Enthralling solo concerts. Singular Voices at City Recital Hall invites contemporary artists of the highest calibre to step forth on one of the most visually and sonically beautiful stages in Australia, dissolving the boundary between listener and song with only the barest embellishment to their exceptional voices.

Singular Voices is supported by the NSW Government through Create NSW