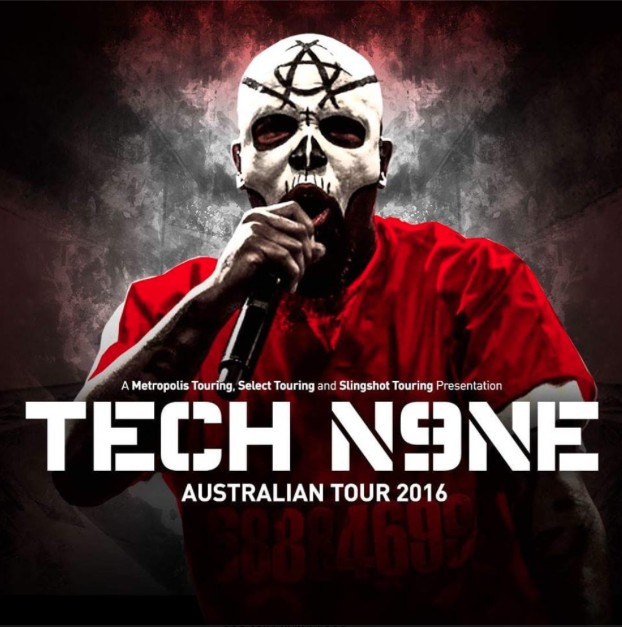 Tech N9ne | Interview | Back to the Future

Tune into Back to the Future with Louella & Michelle at 10.30am Saturday morning to hear a live interview with legend of the rap game, Tech N9ne.

Purchase Tickets to his upcoming tour in November – http://www.metropolistouring.com/techn9ne#ticketsheader

TECH N9NE is the biggest selling Independent Hip-Hop artist of all time. He has had his music featured in film, television, and video games. Independent to the core, TECH N9NE is free to make music for himself and his fans and no one else. He appeases no masters other than the legions of Strange Music fans across the globe.

TECH N9NE became known as an innovative rapper in the 90s because of his trendsetting ability to rap at breakneck speed, to rap backwards and to also deliver riveting personal songs that examined his own inner demons. In the 2000s, TECH N9NE hit the road relentlessly, becoming one of rap’s premier touring acts. With 2012’s “Hostile Takeover 2012 Tour,” TECH N9NE holds the title of headlining the longest continuous tour in rap history.

No one puts on a show like TECH N9NE. His shows are a non-stop party from beginning to end. The atmosphere and energy at a TECH N9NE show is unlike anything else. His rhymes are immaculate, his flow is transcendent and his interaction and dynamic with the crowd is unparalleled. He raps so fast you think his mic will melt. Without mainstream acceptance, TECH N9NE’s commercial success is entirely down to his dedication to his audience, playing at least over 100 shows a year and making sure every show leaves the crowd on a euphoric high and craving more. Seeing TECH N9NE live will make you understand his t-shirt slogan "Strange Music Saved My Life”.

FacebookTweetPinGoogle+ShareLikeTotal
Tags Back to the FutureTech N9ne