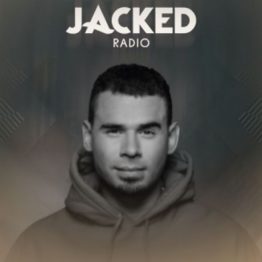 As one of the most innovative and sought-after artists, Grammy Award-winning producer and DJ Afrojack, continues to shatter boundaries and pushmusic in bold new directions. Since making his breakthrough with the multi-platinum-selling single ‘Take Over Control’, the Dutch-born musician has lent his production skills to tracks that bend genres and lay the foundation for major hits for artists such as Beyoncé, Pitbull, Will.i.am and more. In the last few years, Afrojack was named one of the 50 Most Important People in EDM by Rolling Stone and placed on the Forbes ‘30 Under 30’ music list. In 2010, he was one of the first DJ’s to secure a Las Vegas residency and now ten years later he continues to entertain global audiences as a headlining resident artist on The Strip. Afrojack continuously travels the world headlining and performing at the biggest clubs/festivals, alongside producing new music withhis label Wall Recordings.

2020 saw Afrojack add more popular tracks to his impressive repertoire with ‘All Night’, (feat. Ally Brooke), which hit number 1 on the US dance radio chart after garnering over 10 million streams. In collaboration with Fredde Le Grand, his release ‘1234’ (feat. MC Ambush) was earmarked to be a festival and club banger before COVID-19 severely interrupted the live music industry. His release alongside Chico Rose ‘Cloud 9’ (feat. Jeremiah) has amassed almost 2 million streams to date, and fans the world over have eagerly anticipated the arrival of his latest single ‘HOT’ alongside SAYMYNAME which was recently released.

Off the back of a hugely successful stint headlining at OMNIA nightclub in Las Vegas, Afrojack thenannounced his residency withthe Wynn Hotel group’s luxurious venues including XS, Intrigue, and Encore Beach Club. This announcement marked his return to the hotel group wherehe revolutionizedelectronic dance music. Prior to the COVID-19 pandemic, he was awarded a coveted residency at Hakkasan nightclub of MGM Grand where he was set to perform throughout the year.

‘There’s always so much inspiring me, there’s no reason for me to ever stop making music,’ says Nick van de Wall, the 29-year-old artist behind the Afrojack moniker. ‘It’s this endless process of thinking about what I want to create next, and the only thing I have to do from there is execute.’

Afrojack discovered his passion for music as a kid in Spijkenisse (a small town outside Rotterdam), where he was raised by a single mom who worked as an aerobics instructor. Having dabbled in music-making in experimenting on the organ at his grandparents’ house, he had a creative awakening at the age of 15 upon checking out a club and hearing house music for the first time. ‘That changed my whole vision of life,’ van de Wall says. ‘To be in a room with 5,000 people and everyone’s dancing and experiencing this new music—it was amazing to me how everyone could get along like that.’

Van de Wall began producing electronic music of his own and discovered a talent at crafting hard-hitting arrangements. He dropped out of Rotterdam Art Academy at 17 to push forward with his music, fusing edgier sensibilities with a powerfully melodic, beat-driven sound. After returning from a summer job DJ-ing at a club in Greece, van de Wall continued producing and—in late 2006—released ‘In Your Face’, a track that fast climbed the dance charts in his homeland. Taking on the name ‘Afrojack’ (a reference to Rhythm Controll’s house-music anthem ‘My House’), he soon became one of the hottest DJs across Amsterdam and Rotterdam, eventually booking gigs all over Europe.

Once he’d made his name in the European club scene, Afrojack crossed over to American audiences, working his way onto the festival circuit and collaborating with electronic heavyweights, including David Guetta, Diplo, and Steve Aoki. He quickly crafted an impressive portfolio of hits, writing and producing for a growing number of A-list pop and hip-hop artists, at one point landing three songs on the Billboard charts at once: his own ‘Take Over Control’, Pitbull’s ‘Give Me Everything’, and Chris Brown’s ‘Look at Me Now (feat. Lil Wayne & Busta Rhymes)’—a track that helped Afrojack achieve his second Grammy Award nomination, after taking home the prize for his remix of Madonna’s ‘Revolver’ in 2011.

As he continued to collaborate on industry-defining hits—like double-platinum powerhouse ‘Titanium’ —Afrojack has kept up with his epic sets as a headline drawcard for festivals like Ultra, Tomorrowland, and Coachella. His unforgettable, unparalleled (and sometimes unpredictable) shows are eagerly anticipated each year by festival fans the world over, who descend main stages en masse to experience Afrojack live.

In a massive undertaking, 2017 saw Afrojack perform at a record-breaking 8 shows at Europe’s biggest dance music festival, Tomorrowland, performing 8 times in just 5 days, including one set under his ‘Kapuchon’ techno alias. In 2020 he maintained his main stage headliner status at the first ever virtual Tomorrowland ‘Around The World’ event which amassed a staggering 1 million ticket sales globally. He is a regular powerhouse artist on the global Ultra Music Festival tour lineup, the largest of which takes place in Miami and hosts 70,000 festival goers. He has also performed for over 50,000 people on the main stage as a headliner for opening night of Electric Daisy Carnival Las Vegas, during which he brought out three surprise special guests, including hip-hop group Rae Sremmurd. A major announcement in March 2020 revealed that he was named as the official interval act for the Eurovision Grand Final which was cancelled due to the ongoing global pandemic.

Afrojack’s set lists are ever-evolving, adding to the seemingly endless supply ofnew hits he churns out year after year. A successful 2017 saw the release of star-studded track ‘Dirty Sexy Money’ alongside David Guetta, Charli XCX and French Montana, ‘Bad Company’ with DirtCaps, a remix of U2’s iconic ‘Get Out of Your Own Way’ and a reunion of David Guetta and Sia on ‘Helium’. His single ‘Bed of Roses’ (featuring Stanaj) was released as a gift to his fans on Valentine’s Day, ‘No Tomorrow’, featured hip hop heavyweights Belly, O.T. Genasis and Ricky Breaker; ‘Keep It Low’ featured Mightyfools; the highly-anticipated ‘Hands Up’ with Hardwell featuring MC Ambush and the remix of Major Lazer’s ‘Know No Better’

The self-proclaimed non-stop worker went on to release his diverse, cross-genre EP ‘Press Play’ 2018 which demonstrated his industry-leading reputation and included singles ‘Step Back’ with MC Ambush, ‘Bassride’ and ‘Bringing it Back’. His track ‘It Goes Like’ was released as the first tease of his ‘Press Play 2’ EP released in 2019 which also included ‘Bass is Kicking’. Both EP’s demonstrated his mission to develop and shine a light on new talent, collaborating with Chico Rose, Chasner, DISTO, Jewelz & Sparks to name a few. 2019 also saw him feature with Icona Pop on ‘We Got That Cool’ by Yves V, which was a huge hit and has received 40 million streams to date.

‘Years ago I analyzed my own career and realized that so much of my success came from how I never stopped working,’ he says. ‘So my secret recipe is: if you really want something, don’t ever stop working at giving it everything you’ve got.’

Afrojack has devoted the past few years to also developing Wall Recordings, a record label he launched in 2007 to release his own music, which is dedicated to cultivating the careers of leading-edge electronic artists and producers, such as up-and-coming singer/songwriter Fais, who struck gold with the early-2016 release Afrojack collaboration‘Hey.’

In recent years Afrojack has been placed on the Forbes‘30 Under 30’ and ‘The World’s Highest paid DJs’ lists, while also being named one of the 50 Most Important People in EDM by Rolling Stone. He also received a stamp in his likeness in the Netherlands and became the second DJ ever to cement his hands into the Hollywood Walk of Fame.

‘Nothing’s really changed for me since back when I was working 72 hours a week in Crete,making hardly any money,’ he says. ‘I was producing music, I was DJ-ing, I was living my dream. Everything that’s happened since then has just been a nice extra.’

This talented artist continues to make new records and hit new heights. He has graced the covers of DJ Magazine in the US and Europe and appeared in the Top 12list of Top 100 DJ’S Worldwide, for the 12thtime. 2020 even saw him kick off his online gaming debut, teaming up with Nicky Romero on the ESports ‘HyperX Showdown’ celebrity gaming series. With a varying array across the board talents, it is certain that once COVID-19 has become a distant memory, there’s clearly no slowing Afrojackdown.