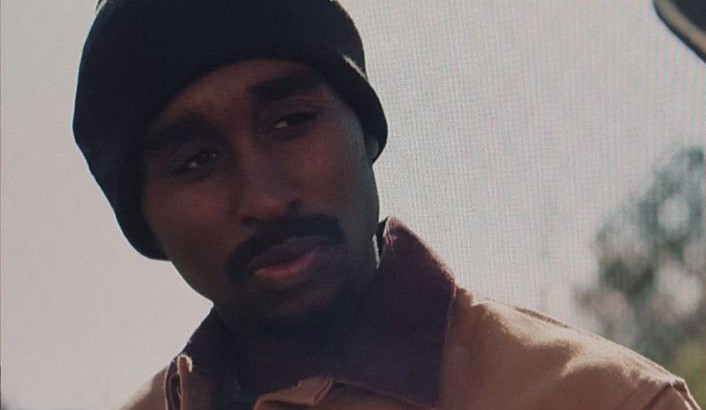 he notion of a major Tupac biopic, or film, or documentary is probably one of the most mythical non-events in hip-hop’s history. The number of times it’s been rumoured, restarted, cast, confirmed, canned, or failed has led it to become a thing of legend. So the news that not only is a Tupac biopic confirmed and finished filming in April, but that an actual trailer is available to watch right now, is kind of awesome.

As we have previously reported, the biopic is to be called All Eyez on Me. This particular film has had a number of incarnations in itself, but earlier this year was confirmed, with Demetrius Shipp Jr cast in the starring role.

Today would have been the late legend’s 45th birthday and to celebrate his legacy, and to get fans excited for the film, a trailer has been released.

In the trailer, we hear Afeni’s voice warning Pac about dangers of the world he’s living in and of being a black man, interspersed with scenes of money, guns, women and an audience chanting his name. We also see a brief moment of plot when he’s seen talking about exposing the truth of his story after death. I feel like this film is going to cause a lot of online arguments.

The film will also star Jamal Woolard as Biggie, who previously played the late rapper in his own biopic, Notorious, Danai Gurira as Afenia Shakur, Stefon Washington as Puff Daddy, Grace Gibson as Faith Evans and more.