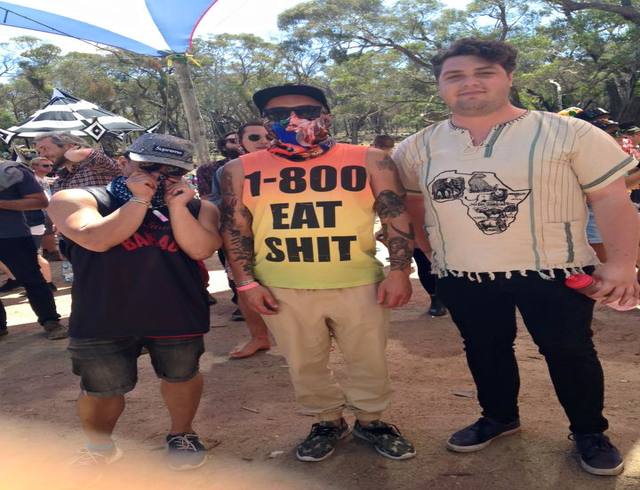 By Joe Regan – A KISS FM Previewer & Reviewer of things.

While Victoria’s festival season may be nearing its end, there is still one more massive weekend of events with the potential to be the summers best. Labour Day weekend is one that often floats under the radar, it has none of the fanfare which goes with Australia day, nor does it allow you to unashamedly gorge on chocolate like Easter. Instead Labour Day provides Victorians with a smorgasbord of world class music, with Pitch, Babylon, Golden Fields and Esoteric all scheduled for the long weekend.

Pitch Music and Arts Festival is one of the new gigs on the block this year and has attracted serious interest since last September when line up announcements were first made. Featuring a litany of international DJs and producers Pitch’s line up more resembled one of Europe’s super festivals more than a humble Victorian bush doof.

German Tech house heavyweight Dixon, American production duo Soul Clap and Melbourne’s Client Liason are just some of the acts that will descend on Mafeking in regional Victoria. At this stage very little has been revealed about festival site itself except that it is a self-described “lush location awash with blue gums and golden meadows [situated] under the watchful gaze of the National Heritage listed Grampians Mountain Range.”

Pitch is the collaborative brainchild of the Let Them Eat Cake and Beyond The Valley creators, two events which have etched out a distinctive niche in Melbourne’s music landscape. Due to the mouthwatering lineup Pitch’s first and second release tickets sold out within weeks. However following the announcement of Babylon’s lineup last November lots of the hype around has died down and there are still loads of tickets available online starting at $330.

Of all the amazing artist at Pitch the one punters cannot afford to miss is Soul Clap. The boys from Boston have a beat game unlike no other, producing tracks packed with funky samples and laced with distorted vocals. Soul Clap will be playing the second last set at Pitch Monday 6 – 8 pm on the Electrum stage.

Babylon is another newcomer this summer and promises revelers distinctively heavier techno, psy-trance and experimental beats. Featuring legendary Revolver residents Boogs and Spacey Space, as well as Israeli duo Infected Mushroom and American producer Claude Von Stroke, Babylon combines the best from overseas and our own backyard.
One of Babylon’s only draw backs is its location, the festival site is 200km north west of Melbourne in the Kara Kara National Park just outside Moonambel. Although this inconvenience is offset by ticket prices, which during the first release were going for a staggering $199, final release is available now for $289 on their website.

Babylon has a huge lineup with some of the best techno and psy-trance DJ’s around, but one artist on the lineup stand out above all others. Venezuelan duo Fur Coat should be a lock for anyone going to Babylon, they are masters of heavy, dark techno and you can catch them at The Country Club Stage from 5:15 – 6:30 pm on Saturday afternoon. If you have time in your schedule Late Night Tuff Guy is also worth a look, the locals irresistible disco sounds are perfect for an afternoon boogie in the bush.

Esoteric is the third debutant bush doof planned for the Labor Day and is set to deliver ravers with a distinctly different festival experience than Babylon and Pitch. The non for profit doof held at Donald 250 km North West of Melbourne boasts an exceptional line up with more than 20 international acts and a host of home grown talent.

Esoteric set over 3 days and 2 nights from Saturday 11th to Monday the 13th promises to deliver a variety of progresssive, psy, tech and glitch sounds from international acts like Brazillian electronic producer Kalil and Serbian psy-trance DJ Zyce. Of all the doofs over the weekend Esoteric is easily the best value with final release tickets fetching just $229 online.

The shortest and smallest of all the festivals planned for the weekend Esoteric shapes up as a festival which will have a strong community feel and looks likely to attract the most engaged of doofers. Azrin is the one DJ at Esoteric I would not miss, his productions for
Zenon, Solar and Jaira Records exemplify the dark psychedelic and techno scene.

Of the quartet Golden Plains is the established performer, dominating the Labour Day landscape since inception in 2007 and following on from the hugely successful Meredith Music Festival. The festival has developed an outstanding reputation on the back of three guiding principles ‘no dickheads, one stage fits all and BYO’.

For the past 11 years the festival has taken a simple, minimal fuss approach summed up by its non-commercial ethos and its single stage, the Supernatural Amphitheatre. 2017’s line-up maintains the festivals exceptional standards and traditional values fusing a mixture of local legends like songwriter Neil Finn, 2-Tone pioneers The Specials and American electronic composer Nicolas Jaar.

The permanent stage purpose built for Meredith Music Festival and Golden Plains lies at the heart of a valley on private property 90 km’s from Melbourne. The Supernatural Amphitheatre offers an unparalleled spectacle for patrons with plenty of space, scenery and atmosphere allowing every festival goer to find their niche.

Golden Plains will deliver something distinctly different to both Pitch and Babylon. It’s a festival with purpose facilities, an easy going and inclusive attendees and a selection of bands and musicians most likely to appeal to someone who loves their gigs rather than their clubs. Of the four festivals Golden Plains is the only one to have completely sold out, for those interested in going next year tickets cost $356.30 and can be purchased online or though a ballot.