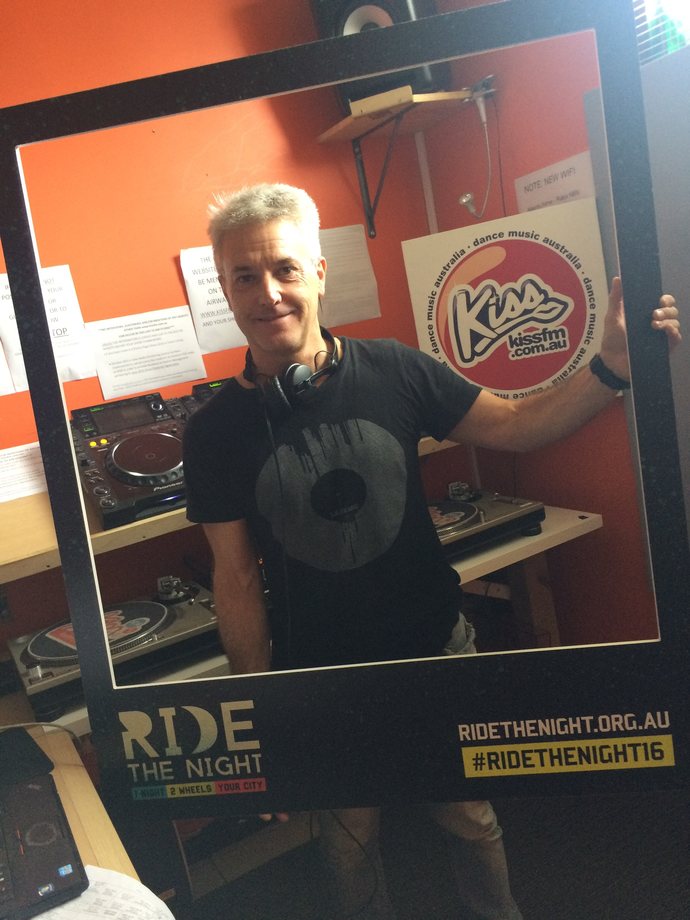 Timmy Byrne, Host of The Beautiful Drive SUPPORTS Ride the Night, catch him on the Night.

One night, two wheels, your city: Ride the Night 2016 launches to break the cycle of disadvantage.

As the clock strikes midnight, on January 30 2016, more than 8,000 bike riders will take to the streets of Melbourne, Hobart and Brisbane, as part of Australia’s biggest mass participation night time bike ride event, Ride the Night.
Due to the success of the inaugural event in January this year, event organisers Bicycle Network and YSAS (Youth Support + Advocacy Services) are thrilled to announce the extension of Ride the Night to Hobart and Brisbane in 2016.
The unique bike ride will see thousands of participants, across all three capital cities, pedal from midnight to dawn past some of the cities’ most iconic landmarks.
YSAS Director of Marketing and Campaigns Laura Callow said not only does the event give riders a unique and fun way to see these cities after dark, but it makes participants stop and reflect on breaking the cycle of youth disadvantage.
“The initial drawcard for participants is that Ride the Night provides a unique way to see your city after dark – showing a side that people often never see.”
According to Callow, following the success of 2015, not only are they making 2016 even bigger but also launching the ride in Hobart and Brisbane; and, they have raised their fundraising targets to recognise this.
“Following the enthusiasm and interest we’ve received from those who participated in 2015, with many wanting the opportunity to get involved again in 2016, we are setting the bar high this year and hoping to raise at least $600,000 across all three events.”
More than just a bike ride, all funds raised for Ride the Night will support the work of not-forprofit Youth Support + Advocacy Service (YSAS), Bicycle Network and their state-based partners.
Raising more than $365,000 during the inaugural ride in Melbourne in January this year, funds raised through Ride the Night Melbourne enable YSAS to further its support services for disadvantaged youth across the state, enabling highly-vulnerable and high-risk young people to take control of their health and wellbeing.
Bicycle Network’s General Manager of Events, Darren Allen, was thrilled to see Ride the Night grow into an even bigger and better event in 2016.
“With the first event in Melbourne proving an outstanding success, we can’t wait to make the Melbourne ride even bigger and take the fun and excitement of Ride the Night to Hobart and Brisbane,” Mr Allen said.
“In 2016, even more bike riders will get to see the best parts of their cities from a new perspective while getting active, having fun and best of all, helping a worthwhile cause all from the seat of their bike”, he adds.
Festival stops will be scattered along all three routes, keeping participants fuelled, caffeinated and entertained throughout the 70 km ride.

Tickets for Ride the Night 2016 ARE ON SALE sale Monday 7 September.
For further information go to http://ridethenight.org.au/ Instagram @RideTheNite #RideTheNight16