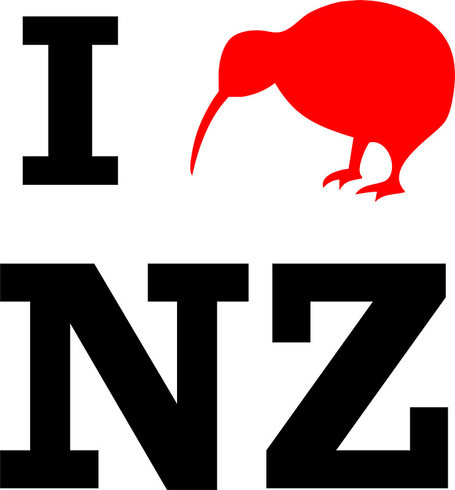 I am not religious.

I do like to celebrate a lot though. Everyone should celebrate every day but we forget and sometimes it is good to have days like Christmas or New years to remind us to stop and be merry. I am all for presents and gifts but not so much material ones. If you can afford them good for you 😀

For these ‘end of the year holidays’ I went back to my second home New Zealand to visit my parents. Moms cooking mmmmmmmmmm… I get all warm and fuzzy sitting on the couch in between my parents and sharing an apple while watching TV. They are soooo dysfunctional but to me they are my best friends.

Yesterday I met up with a friend I haven’t seen in a while. Known him for a long, long time…

He used to be very much involved in the dance scene back in the 2000nds. He used to organize some of the parties as well.

For a while he lived in Spain and fell in love with the culture and everything Spain had to offer. Being back isn’t really making him happy. He was complaining that there is not much to do here. I guess when you compare what we call the golden era of clubbing in Auckland to today’s dance scene probably looks like there isn’t much going on. What was happening in Auckland from 1999 until 2008 is something that defined us all I think. I’m going to try and keep it as short as I can…

First people you meet when you move to a different country are usually people from your own country who have been living there for a while. That is what happened here as well. They were very nice and offered to show me around Auckland. It was a Tuesday night. We were driving around the city and I noticed everything was closed and there was no one on the streets walking. It looked like a ghost city. I was soooo disappointed. They told me that people usually go out on the weekends and on other days is pretty much dead.

As the time went by, I started digging and not long after I found there was quite a bit to do in this city.  My friends from Kosovo took me to Crow bar and to Jones’s club and I noticed they were treated with lots of respect with never having to wait in cues. I was used to that kind of treatment back home but it was interesting to me to see this happening on the other side of the world.

In Jones bar, I met my first NZ boyfriend. He was originally from Senegal and loved going out dancing. People used to call him the Lynx guy. He used to be a model and acted in a commercial for Lynx deodorant…

We went out a lot. He took me to Voyager and Sinners. I really liked these clubs. We went to a festival at Ellerslie racecourse (can’t remember which one). We were approached a lot with people complimenting us on our dancing and the way we looked as a couple J

Still, I missed my home country so much that I got very depressed even though I had everything. I decided to go back to Kosovo. I went back and I will tell you that story some other time.

I came back to Auckland again in the beginning of 2001. While I was back home I was listening to a lot of techno and progressive house/trance. Some of my favourites were Carl Cox, Sasha, Digweed, Danny Tenaglia, Anthony Papa, Nick Warren, Dave Seaman, Timo Mass, etc… Globalunderground was my favourite label. But in New Zealand people were listening to something else. It was trance, but more on the commercial side. Nobody knew (people I was hanging out with at least) who the DJ’s I was listening to where. Here they listened to John OO Fleming, Judge Jules, Paul van Dyk, Armin Van Buuren, Tiesto, etc…

Luckily there were parties where you could still listen to a lot of other DJ’s like Timo, Nick Warren, Carl Cox, but I noticed not a lot of people frequenting these big events knew what they were listening to.

I’m guilty of going to numerous parties and not remembering who was spinning. Apparently, I went with my best friend to this festival and we listened to Roger Sanchez. I can’t remember it L

The masses were more interested in Trance and at some point, it got to be uplifting trance or hard trance and hard house.

I think the change in the dance scene had something to do with drugs. I used to do a lot at the time and while I was doing ecstasy I loved trance but when I got over the honey moon faze and the pills stopped doing what they were supposed to, I started doing a lot of speed and cocaine so then Hard house was something that suited me more.

Lisa Lashes, Lee Haslam, Paul Glazby, BK and many more, where the favourites here, while back home people listened to techno with Marco Carola, Umek, Sven Vath, John Acquaviva, Chris Libeing but then they would also listen to Danny Howells, Deep Dish, Layo and Bushwacka and all the other Progy DJs that were around during that time.

I didn’t get to visit back home often cause it was so far away and it was too expensive to go but I still kept in touch with my friends who kept me informed on what was happening there. The dance scene seemed so different between my two countries.

Comparing to nowadays, dance scene in Auckland was bigger and there were many clubs like Kiss, Bed, Staircase, Ink-bar which is still running and hosting electronic music gigs. Then there were parties like Godskitchen, Gatecrasher, Slinky, Chemistry, Two tribes and many more that were held at St James theatre, The Civic, Town hall, Auckland showgrounds, Ellerslie racecourse… There were warehouse parties also but I can’t remember their names unfortunately. I loved getting a txt message on my phone or friends phone and going to an abandoned warehouse full of party people who were there for the same reason J I was in my red fluffy clogs, red see through top with black stars on my nipples and my hair was all black and red braids twisted in a princess Leia hairstyle. The guy who organized this party came to talk to me and asked me if I was enjoying the party. At that very moment, this short girl past between us with poppers in her hand and gave me a sniff from which I swayed backwards not being able to answer the guy at all. When I came to I just gave him two thumbs up and kept smiling and dancing. I saw he was very happy too 😀

I have millions of funny stories from that era…

There used to be a website called Biggie.co.nz where most of the gigs were published and likeminded people could connect. Today the website looks a little different but there are some interesting photos in their archive gallery from early 2000ds.

I am not sure what happened to the Auckland’s scene and why it had died out at some point. I am not saying that it is dead but it is not as big as it used to be back then. My friend thinks it is because a lot of people were never music conscious. They were just there because it was inn at the time. He then said the reason he thinks this is because he heard a few people say “I used to listen to dance music but I don’t anymore”. We both don’t understand how that can be. I guess none of us listen to the same dance music we used to and as the music evolved so did we with it.

I am certainly not the competent person to talk about the dance scene today in Auckland since I am just visiting after many years of being absent. I have noticed there is this though http://www.aucklandtechno.com/  and a few clubs like http://www.impalanightclub.co.nz/ , http://www.neckofthewoods.co.nz/ . I am told there are a few Psy parties going on now and then.

Scene or no scene I love this country and I think it is the most beautiful place on earth.  I’m lucky to call it my home <3